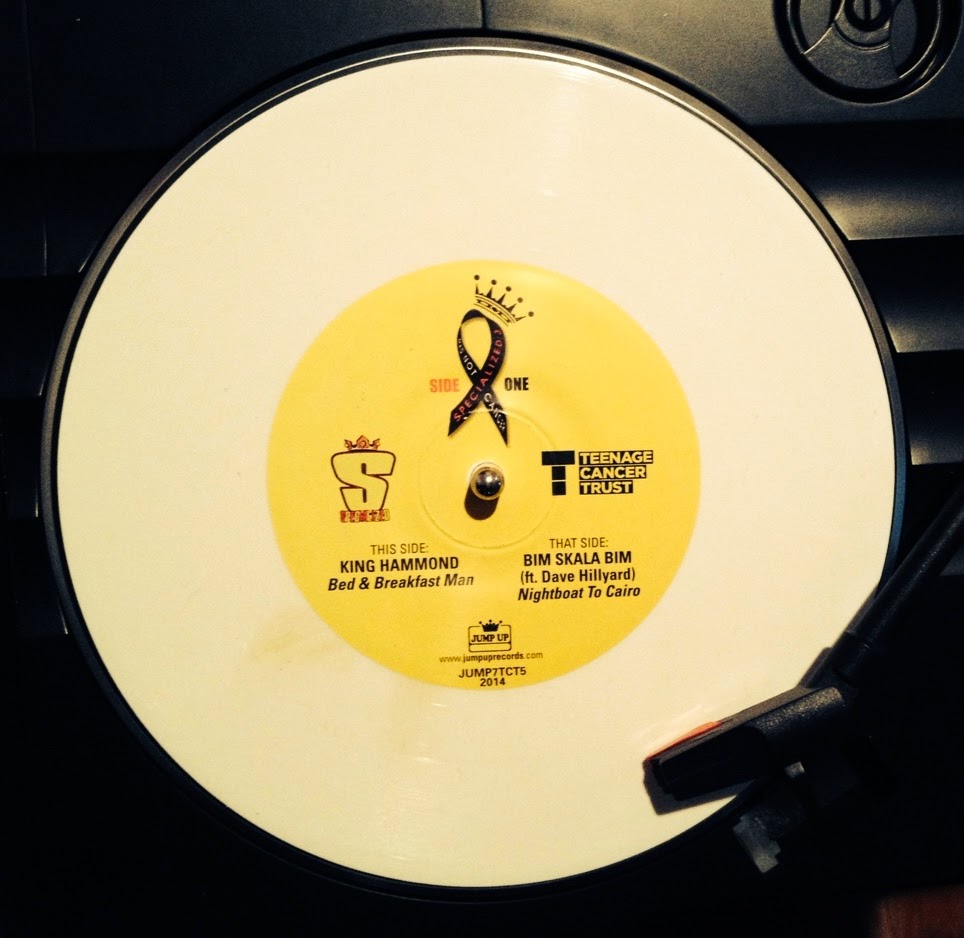 This is the first single spun off of Specialized 3: Mad Not Cancer, which is a four-CD collection of Madness covers released in support of the Teenage Cancer Trust in the UK (for the record, the first Specialized benefit CD was a tribute to The Specials; the second one to The Beat; and the planned four release is focused on The Clash).

Side A features the always terrific King Hammond (AKA Nick Welsh) with a sweet arrangement of "Bed and Breakfast Man" that, to me, sounds like something Laurel Aitken would have done in the 1980s. It irons out the quirkiness of the original, replacing it with a more straightforward, traditional ska vibe that works really well here (I also love KH's intro: "This is an old London folk song...").

Bim Skala Bim, with The Slackers' Dave Hillyard along for the ride, turn in a more faithful version of the beloved and classic "Nightboat to Cairo" (though the bubbly Bim organ is instantly recognizable as theirs!). Of course, this track sounds terrific in their more-than-capable hands and is probably simply brilliant live.
Posted by Steve from Moon at 12:00 AM