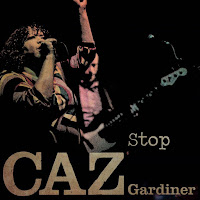 The always amazing Caz Gardiner (ex-Checkered Cabs/ex-Caz and the Day Laborers) has an excellent new(ish) single out called "Stop" (digital, Carbonero Records, 2018)--which is a full-on funky soul track about someone who should be seen, but definitely not heard ("...The way you talking/I keep thinking/Stop!"). A whole lot of ska fans love their soul--so make sure to check out this cut and keep tabs on whatever Caz is doing next. 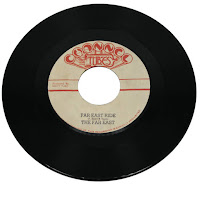 Brooklyn's The Far East have released an intriguing new single "Far East Ride" b/w "Rain On My Party" (vinyl single/digital, Channel Tubes, 2018). I'm really partial to the B side, which is billed as a Lovers Rock cut, but seems more influenced by the sounds of late '50s/early '60s girl groups (check out the "wah-wah-wah" backing harmonies) married to some serious rocksteady grooves. But don't just take my word on this--legendary BBC reggae DJ David Rodigan recently gave the track his stamp of approval by Tweeting out the link to the official "Rain On My Party" video. (Speaking of Rodigan, his autobiography is a fascinating read! In particular, the story of his first trip to JA to buy dub plates from King Tubby is absolutely incredible!) 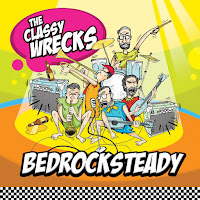 Toronto's Classy Wrecks play a really enjoyable mix of hook-filled pop and rocksteady--and they've just released two songs as a preview of their forthcoming album Bedrocksteady (digital, Bandcamp, 2018). "In the Evening" is about a guy who kind of knows he's on the less equal side of the relationship equation ("You said that we're always having fun/But I'm waiting on your every move/Baby, you control my mood"), but is kind of okay with it. "Time Moves On"--essentially a good kick in the ass for procrastinators to get things in gear now--has a fantastic, almost Motown-ish horn riff embedded in it. I'm definitely interested in hearing where the rest of the album takes us...