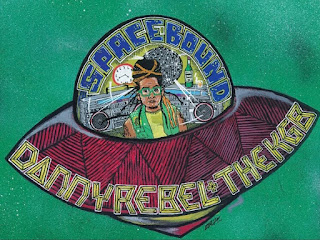 Danny Rebel and the KGB's most recent album, 2017's Lovehaus, was a phenomenal ska-reggae-soul-pop gem packed with incredibly catchy and evocative songs, so it's great to finally see a new release (even if it's only one track) from this spectacular band. The beautiful but melancholy "Spacebound"  is a "Space Oddity" of sorts for our times (with a little "Man Who Fell to Earth" mixed in) and sequel to their apocalyptic track "When the Lights Go Out" from Lovehaus. Instead of tentatively reaching out to explore the final frontier, it's concerned with escaping the goddamn mess humanity's made of everything here below: "With this clock here going in reverse...When I'm fed up and wanna quit/I'll shimmy on down to my rocket ship/All the madness on this Earth just makes me sick." (Danny, how much room do you have on that ship? 'Cause there are a whole lot of people who want to join you on this ride...) 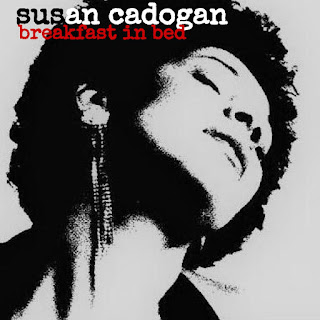 Over the past few years, legendary reggae singer Susan Cadogan has issued a string of consistency  amazing new releases in conjunction with producer-songwriter-musician-King Kong 4 man Mitch Girio (see The Duff Guide to Ska reviews of Mitch and the King Kong 4 here)--and her latest digital single ("Breakfast in Bed" b/w "Don't Burn Your Bridges Behind You," digital, 2019) does not fail to impress. This time out, she covers Dusty Springfield's classic "Breakfast in Bed" (written by Eddie Hinton and Donnie Fritts), which also has been recorded by Hortense Ellis, Lorna Bennett, Scotty, Bongo Herman and the Harry J Allstars, Sheila Hylton, and UB40 with Chrissy Hynde, amongst others over the years. This terrific rocksteady version of this song--about being the "other woman" comforting someone else's boyfriend/husband--is joyful, playful, and lusty, where Dusty's is tinged with heartache that their time together can only be sporadic and fleeting. I was completely unfamiliar with "Don't Burn Your Bridges Behind You" by 1970s, NYC-based soul/disco band Ecstasy, Passion and Pain, which apparently was a huge hit in Jamaica in 1974. While the original is offered as an admonishment (to someone who's going to light the matches, anyway), Cadogan's sprightly take is more like good advice from a trusted friend.