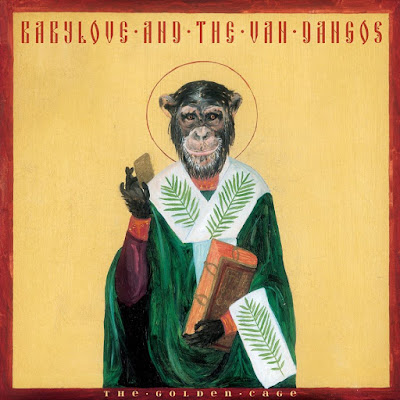 Babylove and the van Dangos The Golden Cage (LP, self-released, 2019): The excellent sixth album from this Danish neo-trad ska/rocksteady/soul powerhouse of a band is a sharp critique of what it's like to live in a society where the accumulation of wealth, status, and power is everything--conveying great unease, ambivalence, sorrow, and indignation about the way things are through a collection of catchy and seemingly chipper tunes written mostly by vocalist Daniel Broman (that often sound like the singer is trying to woo a lady not decrying extreme income inequality or the spiritual emptiness of materialism). The record starts with one's end in "No God Above the Bottom Line" (think of how the sunglasses in the movie "They Live" reveal that "This is your God" is printed on all of those dollars) and that the ritual of publicly commemorating your own death is often the last opportunity to show off your deep financial resources: "It's the coins that we place on your eyes/And the check you write us to cry/The champagne you never get to taste/So, let's chuck another nugget on the scales and pray that we'll be fine/Because there's no god above the bottom line." "Golden Cage" points out the grievous damage that our unfettered capitalist system inflicts on the souls of the rich, the lives of the poor, and the very planet that sustains us ("Some may win but many must lose/I see dead eyes and expensive shoes... and when the sea's rising/and when the fields burn/What you gonna buy with the money you earn?"), while "Her Dress Is New" observes how women are confronted by a King Solomon-like choice between work and life when making a go of it in the corporate world ("She can't afford a boyfriend/To take time from her career/'Cause she's climbing up that ladder/And it's slippery up there"--shades of Perry/Romeo's "War Ina Babylon" in that last bit: "It sipple out deh"). One can't help but assume that "Lazy Little Me" is an autobiographical track--the singer can't fathom employing his talents "to write songs in a factory/Churning out generic bullshit for an industry/That's just looking for a hit..." He finds fulfillment and can eke out a living writing ska songs instead (rejecting capitalism's sirens' call to commodify his art), though not everyone has the luxury of opting out of the system in this manner (see the drug dealers and street kids depicted in "Cigarette Boy"). Of course, wealth's close companion is power (a currency of its own used to achieve/maintain wealth and social/political control). "Sledgehammer" addresses the Trumpian outrage machine that keeps manufacturing enemies and threats in order to manipulate followers for his own ends and prevent them from developing empathy for and solidarity with anyone outside the cult of MAGA dead-enders ("You've got to give the people what the people want/And keep their eyes off what it is they really need/You've got to keep them hungry, you've got to keep 'em mean/You've got to starve out compassion and keep feeding the greed..."). And the rise of authoritarian leaders around the globe is noted in "Old Man Trouble," which reminds the listener that the fascists are always with us, lurking, waiting for things to fall apart just enough so they can make their move ("It's the same old faces/In the same old lines/And the same old hatred/Trickling down through time/It's the same old bodies/In the same old graves/And the same old feelings/Making us their slaves/Oh and it's the same older leaders/It's the same old lies/And we say we won't forget/But my how time it flies..."). The Golden Cage also features love songs, mostly about relationships going bad ("The Cracks," "Bleeding Me"), but there's some happiness to be had (see "You Do, So I Do"), and several fine instrumentals (particularly, "Mexiskaner"). The choice of album cover artwork may be intended to remind one of the 1968 version of "Planet of the Apes" and all of its pointed commentary on humanity's tendency toward cruelty, selfishness, and self-destruction (much of it by Rod Serling). At the very opening of the film, as astronaut Charlton Heston prepares to return to Earth after they've been away six months but 700 years have passed on the planet, he wonders, "Does man, that marvel of the universe, that glorious paradox who sent me to the stars, still make war against his brother? Keep his neighbor's children starving?" (And later in the movie there's this passage read from the sacred scrolls of the apes: "Beware the beast Man, for he is the Devil's pawn. Alone among God's primates, he kills for sport or lust or greed. Yea, he will murder his brother to possess his brother's land. Let him not breed in great numbers, for he will make a desert of his home and yours. Shun him; drive him back into his jungle lair, for he is the harbinger of death.") If you like sweet-sounding ska music to pack a lyrical wallop and speak to what's going on in the world around us, then The Golden Cage is for you. 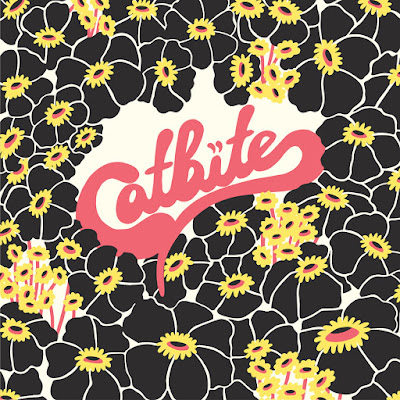 Catbite Catbite (Pink, yellow, or splatter vinyl LP/digital, Bad Time Records, 2019): On Catbite's debut album, they sport this incredibly appealing and melodic 2 Tone-New Wave-power pop sound that's both retro and completely fresh. I hear echoes of Blondie, Elvis Costello, The Specials, The Selecter, King Kong 4, King Apparatus, and others (and you'll bring your own set of bands to the table after listening to this record), but this set of songs is fully theirs. Just about all of the lyrics on Catbite are about one's oftentimes complicated feelings for others--and the music (as well as Brittany Luna's singing) does an ace job of expressing the range of emotions behind them. The record races out of the gates with "Come On Baby" ("...let's have some fun!"), which is about the blast of out-of-controlness that hits you when you fall for someone hard (""I'm scared of losing/Like I've lost my mind/That's how I feel whenever I'm not near you")--it captures the same intense, ragged desire/longing/euphoria as X's cover of Jerry Lee Lewis' "Breathless." "Amphetamine Delight" compares the joys of being with someone to the rush/high of speed. The brashly unapologetic "As You Will" is about using revisionist history as a coping mechanism ("'Till I change memories to what I want 'em to be/I'm not lying if I'm lying to me/Take it as you will/But that's how it's gonna be"). "Can't Give You Love," with all of its '60s girl group-like touches, is devastatingly beautiful in its sharp clarity and honesty: "Is it bad/That I don't think of you when I'm out with my friends?/I keep my thoughts to myself lately/And let them fill up my head/Wish that I could change/And be the flirt that you want/But it's not written in the stars for us/And I can't give you love." I bet Costello wishes he could still write such a hook-packed song like "Sneaky Feelings" that would fit right in with tracks from his late '70s glory days; and the conflicted-ness about where one's true emotions lie is pitch perfect ("I can't let those kind of feelings show/I'd like to get right through to the way I feel for you/But I still got a long way to go..."). Don't let Catbite pass you by--and make sure to keep an eye on what this wonderful band does next.