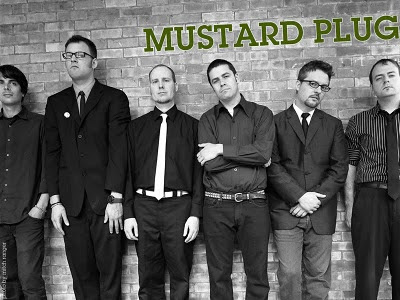 To help promote their April tour of the UK and Europe, Mustard Plug is offering--for a limited time, yo!--a free download of their terrific new third-wavish tune "Aye, Aye, Aye". The song is the first new original track recorded by the band since 2007's "In Black and White" album--and has already had its world premiere on on BBC1's "The Punk Show" with DJ Mike Davis on March 29. So download away guilt-free while you can! It will make Dave Kirchgessner happy!

Of note, Mustard Plug will be gigging with such Duff Guide to Ska faves as Dirty Revolution in the UK; The Toasters in Germany; and The Aggrolites in Belgium. And don't miss their US summer festival (!) dates below.

[Editor's note: this is not ska-topia, but rather skate-opia, as in a utopia for those who love skateboarding. In case you didn't know, Rustland is in Southeast Ohio, below Columbus, and it is home to The Skateboard Museum! Who knew?]