Pre-Order Hepcat's "Out of Nowhere" on Vinyl for First Time with Bonus LP of Victor Rice Dubs! 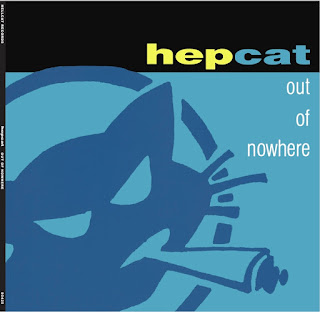 In celebration of the 25th anniversary of the release of Hepcat's debut album Out Of Nowhere (which was originally issued on Moon Records), the band is making a limited-edition (1,000 copies), 180 gram vinyl version of the album available with a bonus LP of new Victor Rice dubs titled Dub Outta Nowhere. It should be noted that Out Of Nowhere has never been pressed on vinyl (when it came out in 1993, vinyl was out, though cassettes were hanging in there--CDs were the future).

You can pre-order the double LP now (and you'll be able to immediately download digital copies of Out Of Nowhere and Dub Outta Nowhere) and should expect delivery of the vinyl in May or June of this year.

Without a doubt, Out Of Nowhere was one of the first classic albums of the so-called American Third Wave of ska in the 1990s and deserves an honored spot in every ska fan's collection...

I'm really torn on this. Any idea if the dub album will be available on CD or digitally separate from this release? I'd love to have it, but I really don't want to spend $40(!) for it (yes, yes you get Out Of Nowhere as well, but I don't really care about getting another copy of that).

If I understood right, there will be no CDs(maybe not even a digital release?).
And if it's any consolation, the original mixes were remastered from tape
specifically for vinyl. I know, niche product...