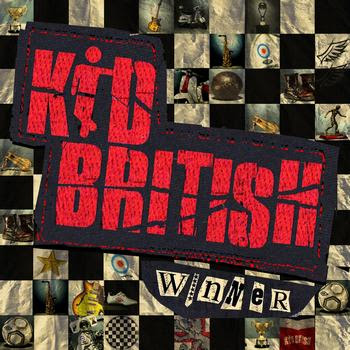 For anyone following the terrific Britpop-ska stylings of Kid British, you may have wondered what happened to the second half of their debut album It Was This or Football... (First Half). Probably due to a switch in record labels, plans for the remainder of that album have been scrapped. Instead, they are going full-on with the September or October release of a new album proper titled To Get Nowhere, Follow The Crowd. Of note, this album will only be available as a digital-download from the new Mancunian imprint (not sure if "record label" even applies here) Modern English Music. While I completely understand the economics driving the creation of this label (so few people actually buy CDs anymore), it still bums me out that recorded music has very little value (cultural, financial, emotional--you name it) at this point in time.

[Warning: I'm feeling pretty nostalgic right now--I've been reading the extraordinary "Can't Stop Won't Stop: A History of the Hip-Hop Generation" by Jeff Chang. Even though I was only very remotely aware of some of things that were going on in the South Bronx in the late 70s and early 80s, it's still a specific time in New York City that I recognize, remember, and miss. Of note to The Duff Guide to Ska readers, Chang's book includes a wonderfully insightful chapter on the history and politics of Jamaican ska and reggae and its influence on the birth of hip-hop in the Bronx--plus it's just an amazing read and will be of interest to anyone who loves popular music.]

The first single from To Get Nowhere... is their English World Cup footie anthem "Winner" (we posted the official video a while back)--it will be released in the UK on June 28 (you can buy it here). This song is also featured on the new EA Sports "FIFA South Africa World Cup" video game, the licensing of which is certain to help keep the boys in Kid British from having to find part-jobs to keep doing their music!
Posted by Steve from Moon at 3:25 PM

Can't Stop Won't Stop is a great book. I haven't read it cover to cover yet, but I've really dug it.