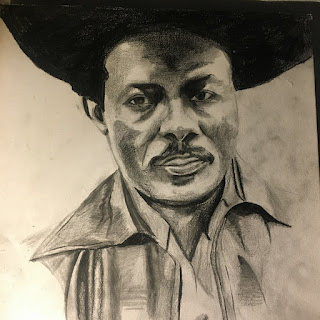 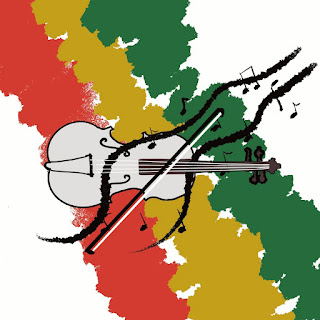 Dennis Bovell has been using his pandemic time productively, as shown by the release of these two terrific singles. "Get Up Stand Up" was recorded with I-Roy circa 1979, but, for reasons unclear, never issued. Bovell, who's known for mining and repurposing his extraordinary back catalogue, revisited the track and remixed it at Mad Professor's Ariwa Studios in July of 2020, and released it in both memory of the late I Roy and support of the Black Lives Matter movement (of course, Bovell's band Matumbi was actively involved in Rock Against Racism in the late '70s). The backing track is very much in line with the music Bovell was writing for Linton Kwesi Johnson, and, in fact, the horns in "Get Up Stand Up" might have been lifted from "Inglan Is a Bitch" (which was released on LKJ's 1980 album Bass Culture). Both the music and I-Roy's toasting are almost in a loop--with the results an hypnotic mantra to lend strength and focus to those determined to fight for racial equality ("Get up/Stand up/We can take it no longer...Stand up for your rights"). Its fierce dub version "Stand Tall" will stiffen spines marching into the thick of it.

The lovely "Versatile Violin" is a new and improved mix of "Vile and Versatile" featuring Johnny T on violin (which was released in 2008 on Bovell's Arawak Label Showcase). Both are permutations of "Dangerous," the fantastic instrumental version of Bovell and Janet Kay's 1979 Lovers Rock smash hit "Silly Games" (and "Dangerous" itself is the B-side to "Versatile Violin").