Duff Review: Smiley and The Underclass: "The Way to the Bomb" EP 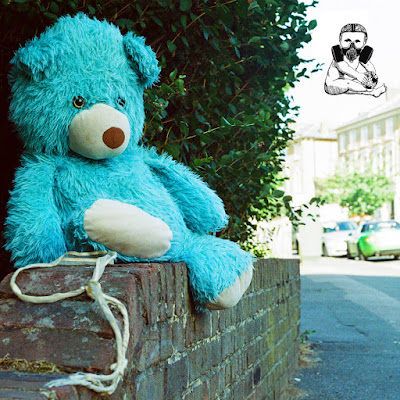 This is not an upbeat record. But, given the times and Smiley and The Underclass' passionately held left-wing beliefs, how could it be? By all accounts, things have gotten considerably worse since they unleashed their blisteringly good punk 'n' reggae debut album Rebels Out There in 2017, which I reviewed here (see the mass sickness and death caused by the incompetent response to the global covid-19 pandemic, the rise of white supremacists and authoritarians in decaying democracies, ever-worsening economic inequality, accelerating climate change, etc.). The fury and frustration at our ongoing descent toward personal, societal, and planetary ruin fuels the outrage in Smiley and The Underclass' dark but stellar The Way to the Bomb.

The party kicks off with the catchy and danceable (seriously) "The Return of the Vampire," a Hammer horror take on UK (and US) politicians preying on their own citizens, leaving agony and destruction in their wake: "Britain is in chaos/America is in flames/Nutters and demagogues rule the airwaves...Oh, I've got a smartphone/Now I'm a smart slave/I-man stepping higher to Zion/I'm climbing over barbed wire/I got the pliers/There's fires burning miles and miles/What's gonna happen to the next generation?/All I see: sufferation!" (Make sure to check out the killer, digital-only "The Return of the Vampire (Ronin's Lockdown Dub).")

Continuing with the horror show theme, in "We Are Monsters," both social and consolidated corporate media have been manipulated by predatory capitalists and right-wing goons to reap great profits, amass power, and sow division among the people (whose potential solidarity could easily upend the status quo), transforming us as if by mad laboratory-concocted pathogen into our own enemy: "We're just here for you/To ensure you don't miss the main eulogy/We blow blood bubbles or are they red raspberries/Over the graves of deceased democracies/Killed off by years of tabloid-led hypocrisy/Now tell me truthfully, don't be a liar/Fighting between two vampires for hire/Fangs made of fibre and wires/Mr. Jones, listen--tell me your desires." (The "Mr. Jones" mention might be a nod to The Psychedelic Furs' broadside aimed at the false, yet highly seductive, idealized imagery constructed by Hollywood and Madison Avenue to sell tickets and goods: "Movie stars and ads and radio define romance/Don't turn it on, I don't wanna dance!" Those were simpler times.)

The deeply mournful and angry (and Jam/Clash "Call Up" referencing) "FLAG" notes how the now ubiquitous cruelty and hatred unleashed in one's own country has left everyone hollow inside: "There's no birds/In the garden/Just plastic bottles and a hole in the fence/Used to dream of an English Rose/But he don't dream no more (and he wonders)/What am I supposed to feel?...I can't read the sign of the times." A town called Malice, indeed. Yet, Smiley and The Underclass do offer a glimmer of hope and encouragement to their fellow humans trying to get by in a hostile world. "We All Get Like This" reminds the listener that we're often our own worst critics and shouldn't allow that self-doubt and self-sabotage to get us down: "Nobody's ever sorted/Not if they're really truthful."

Everything ends with the frenzied skabilly cut "Wanna Blow Up the Whole World." It's all bloodlust and sex--expressing humanity's knack for efficiently doling out violence on our own kind, and our innate attraction to self-destruction: "Tear gas in your heart/Razor wire in bed/All I could see was her legs/She played your part/When she breathed in your ear/'Here's what I want from you dear...'"

The vivid images in the mirror that Smiley and The Underclass hold up for the listener sure aren't pretty, but at least to you can readily sing along and dance to their songs. It's a great soundtrack for these seemingly end times.

Email ThisBlogThis!Share to TwitterShare to FacebookShare to Pinterest
Labels: Citizen Fish, Duff Review, Smiley and the Underclass, The Clash, The Jam, The Psychedelic Furs, The Ruts