Duff Guide to Ska Fast Takes: The Skapones/Detroit Riddim Crew "Eyes of a Child" b/w "Look Around" and The End Times "The End Times" 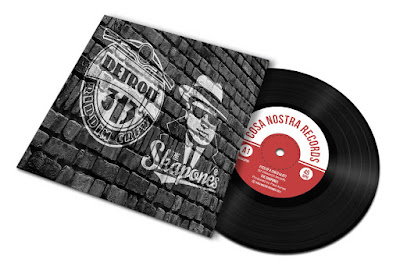 "Eyes of a Child" b/w "Look Around" (7" vinyl picture sleeve single/digital, Cosa Nostra Records, 2021) is the terrific second split single from The Skapones and Detroit Riddim Crew (read my review of their first 45 here). The Skapones' cut is a surprisingly lush, slow-burning ska tour de force that reminds the listener how vital it is for adults to empathize with kids and shield their innocence as they learn and grow--to defend them from what they're not old enough to know might harm them: "You look at the world through the eyes of the child/Imagine it is all meek and mild/It's now that you start to realize, to do what's right/When you gonna learn that sometimes you have to fight?" When you flip the record, you'll find that the Detroit Riddim Crew's "Look Around" is a brisk, determined reggae track about keeping going on (through music and unity, of course), even as everything around us seems to be coming apart: "The world's aflame/And has a dying light/But we come together to find some fight/To the music that fills our souls/Dance, dance, 'till we overflow!" 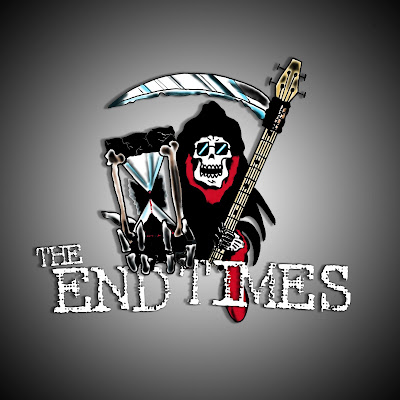 Forged from members of NYC/NJ area bands Inspecter 7 and The Rudie Crew (RIP Roy Radics), The End Times produce a '90s ska sound that's a fierce mix of trad, modern, and punk-ish ska with blistering, Lee Ving-like hardcore vocals troweled on top (and the contrast works surprising well). Call it Armagideon ska. Their self-titled debut EP (digital, self-released, 2021) is pretty fantastic--and its first several tracks, in particular, are stellar. The EP is clearly a product of having lived through the horrendous Trump/MAGA years and all of its lies, corruption, gaslighting, and hate. But it also speaks to the disintegration of American civic society and how a major political party and around a third of our fellow citizens have embraced white supremacy and authoritarianism. In the uncompromising, "Eye for an Eye" (which takes "Racist Friend" a couple of steps further), The End Times spell out what they think it's going to take to take on the nazi goons in our midst:
Eyes on the future what do you see?
Is it inclusive to people like you and me?
Or do we have to raise hell and bring them to their knees?
Yeah, we could just stand by and watch them cheat and steal and lie right through their teeth
What good’s your freedom, man, when they’re free to squash your liberty!

Eye for an eye!

We want justice! We want peace! We want your attention, so take a knee!
We gotta take a good look and acknowledge what they’ve become
And if you think they’ll listen and reason with our plight... Here’s a shovel
Start digging your own demise

You kick my shin?
I break your leg
And that’s the way it’s gotta be!

Gandhi may not like it ("An eye for an eye only ends up making the whole world blind"), but, then again, look what it took the last time to beat back the fascists (hopefully, we're not headed down that path). "The Melt" was recorded before the despicable seditionist insurrection on January 6 but is still very much about it, since it's about the enemy within--the call's coming from inside the house:

It started today
Digital bullies flex their muscles through broadband shields
And I’m sorry to say
Their wholesale market of belief won’t impress you
Oh, say, did you see?
It’s like they drew it up on blackboards in Hollywood
And they defined where the truth lay
Then redefined it ‘cause they could...

...Now it’s melting and we can’t escape ourselves.

"Black Hat" (what you'd call a malicious hacker) is a terrific Scofflaws-like instrumental, while the full-on punk track "Vampires" calls out the MAGA/Fox/right-wing media ecosphere that profits mightily off the garbage, gaslighting, and conspiracy theories that are spewed out daily, and reminds their followers that, "You don’t need a lie to believe in/You don’t have to lie to believe some one." The message is unlikely to be received, but it's definitely worth transmitting. Make sure to tune into The End Times.