Duff Guide to Ska Fast Takes: Roddy Radiation with The Skabilly Rebels, Bailey Dee with The Kingston Affair, and Travelers All Stars! 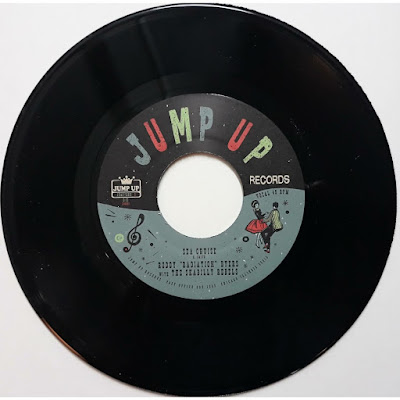 The latest single from Chuck Wren's Jump Up Records, Roddy Radiation with The Skabilly Rebels' "Sea Cruise" b/w Bailey Dee and The Kingston Affair's "Sea of Love" (7" color vinyl single, Jump Up Records, 2021), is a throw-back of sorts that deftly underscores how Black American R&B and early rock 'n' roll directly influenced the birth of Jamaican ska music. Both "Sea Cruise" and "Sea of Love" were originally released in 1959--the same year that Laurel Aitken issued the Chris Blackwell-produced, R&B originals "Little Sheila" b/w "Boogie in my Bones"--and it makes complete sense that these marvelous ska covers by Roddy Radiation and The Skabilly Rebels and Bailey Dee and The Kingston Affair work so well, since these are from that peculiar time when the border between the established genre and its about-to-be-born descendant was blurred. For anyone who's a proud, card-carrying member of Gen X, it's likely that your introduction to Frankie Ford's 1959 rock 'n' roll hit "Sea Cruise" (written by Huey "Piano" Smith) came via Rico's cover of it on his wonderful 1980 2 Tone single (though according to 2-Tone.info, he's not backed by The Specials, despite the common misperception otherwise). This terrific version (has Roddy ever sounded happier?) comes from Roddy & The Skabilly's 2016 CD EP Fallen Angel, which also had been featured on a Jump Up freebie comp that was given out through mail-order. And most ska and reggae fans know likely Phil Phillip's classic (and only) hit "Sea of Love" via The Heptones' version. This marvelous take is by the awesome Chicago retro rock 'n' roll singer Bailey Dee, who is backed by The Kingston Affair, which features members of Deals Gone Bad, (who are, of course, referencing the original name of Neol Davies song recorded with drummer John Bradbury and t-bone player Barry Jones which became The Selecter's "The Selecter" and was released on the flip side of The Specials' "Gangster" single). If that rock thing doesn't work out for Ms. Dee, she certainly has a future in ska. This record comes in a variety of cool colors--mine is white--but whichever shade suits your fancy, just don't miss out on this top notch single. 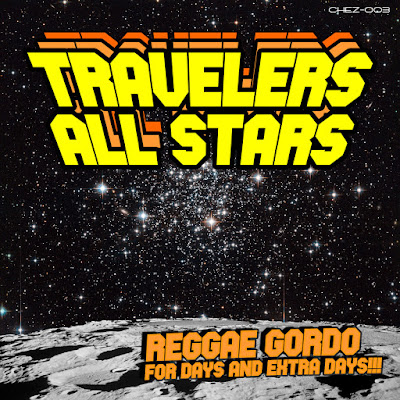 If you were wise enough to have snagged a copy of Happy People Records' Rudies All Around, Volume 1 comp a few years ago (read my review of it here), you would have been introduced to the amazing, keyboard-centric original early reggae from Mexico's Travelers All Stars. When you crack open the cellophane on their latest single Reggae Gordo for Days and Extra Days! (Orange vinyl picture sleeve single, Chez Nobody Records, 2020; both tracks were mixed and mastered by Roger Rivas), you'll find a small sticker with this quote from my favorite gutter poet Charles Bukowski: "And when nobody wakes you up in the morning, and when nobody waits for your at night, and when you can do whatever you want. What do you call it, Freedom or Loneliness?" The Travelers All Stars' A side answers that question--it's a sprightly, Harry J-styled instrumental skinhead reggae cut called "Sweet Loneliness" (the kind you only can find moon-hopping in space or in pandemic era lockdowns?). The more urgent "Space Invaders"--more and more aliens keep descending from the sky!--pays tribute to that blockbuster late-'70s arcade game (featured on the single's back cover) that swallowed up a lot of my brother's quarters and time back in the day. This single's title translates to (and promises) "heavy reggae..." and the tracks certainly deliver. This great 45 is available in the USA through Jump Up and can also be ordered from Chez Nobody via Bandcamp (a die-cut arcade version of the sleeve is available that also comes with a patch and enamel pin!).