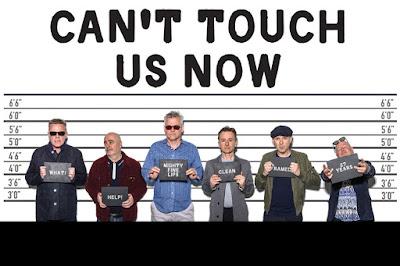 Madness has just announced that their new album--their 11th!--Can't Touch Us Now will be released on October 21, 2016 and the band will be playing UK dates in support of it in December. Wherever you are, you can pre-register for the tour pre-sale, as well as pre-order the album, now! (Would it be too much to ask for a NYC show at some point in the future?!)

Based on their two, previous, and extraordinarily good albums, The Liberty of Norton Folgate (2009) and Oui, Oui, Si, Si, Ja, Ja, Da, Da (2013), I have very high hopes/expectations for Can't Touch Us Now.

Of course, I've just pre-ordered Can't Touch Us Now and will have to patiently wait for it to show up in the mail this fall...