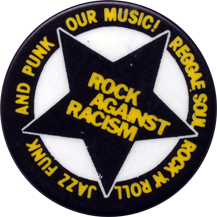 In response to the series of ongoing, completely unwarranted, high-profile police shootings/killings of American black men (there was just another terrible shooting last week in North Miami), Dunia Best and Aram Sinnreich of Dubistry (billed here as Empire of Two) wrote and recorded "Let Us Live" in July 2016 at the Institute for Popular Music in Bochum, Germany, with the help and contributions of Hans Nieswandt, Arno Kro, Fab Horn, and others including Best's and Sinnreich's own children. It's a terrific, stripped down reggae tune whose vocals are a passionate and forceful plea to society (and its agents) that we recognize black people's humanity and everyone's basic, elemental right to live (enshrined in the U.S. Declaration of Independence: "We hold these truths to be self-evident, that all men are created equal, that they are endowed by their Creator with certain unalienable Rights, that among these are Life, Liberty and the pursuit of Happiness."). "Let Us Live" is also a chant of sorts--to ward off this plague of violence and death that is inflicted on our fellow, non-white Americans.

"Let Us Live" keeps with the proud ska and reggae tradition of creating powerful protest songs in response to police brutality directed at non-white communities (see Bob Marley and The Wailers' "I Shot the Sheriff," Junior Murvin's "Police and Thieves," Peter Tosh's "No Mercy," Max Romeo's "Three Blind Mice," The Ruts' "SUS," and "Jah War," or Ruts DC's "Smiley Culture," Linton Kwesi Johnson's "Sonny's Lettah," "Reggae Fi Peach," and more, Vivien Goldman's "Private Armies," The Specials' "Do Nothing," The Selecter's "Bristol and Miami," or "Breakdown," The Toasters' "East Side Beat," and many, many others).

"Everybody screams
At their laptops and TVs
But policeman ears, they hear no sound
Even when the father pleads
For his children on his knees
They don't see a man, they just see brown

Everybody screams
At their laptops and TVs
But policeman ears, they hear no sound
Even when the daughter pleads
She did nothing on her knees
They don't see a girl they just see brown

Everyone believes
What's on their laptops and TVs
And policeman ears they hear no sound
Even when our voices plead
We did nothing on our knees
They don't hear a world, they just hear brown