Duff Guide to Ska Fast Takes: The Captivators, Do the Dog Skazine, The Frightnrs, King Kong 4, and Well Charged! 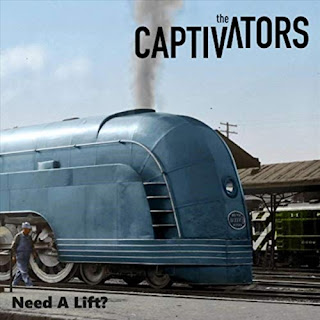 The Captivators Need a Lift? (digital EP, self-released, 2018): While I'm not sure how lead track "Ass, Gas or Grass" from Washington DC's Captivators' debut EP comports with these Me Too times, it is pretty smart-ass and funny (it's based on an old bumper sticker that you'd used to see back in the '70s and '80s when hitchhiking was a pretty common thing: "Ass, Gas or Grass: Nobody Rides for Free"--which pretty much sums up the American ethos). And it gives you the correct first impression that The Captivators are all about being completely entertaining while having a blast--which they definitely do on this release (the band is Alex Daniels on drums, Bill Wade on vocals and t-bone, Charles Freedman on bass, Dan Hauser on guitar, Jaime Soto on sax, and Mark Allred on trumpet and keys). The recording itself is a serviceable DIY effort (made in a band member's basement), but the songs and performances are definitely there (their sound, attitude, and vision lurks somewhere between The Scofflaws and Gangster Fun). Key tracks include "Piltdown Man" (about a 1912 paleoanthropological hoax--someone claimed they found the "missing link": "The Piltdown Man/Was such a scam/Skull of a man/Jaw of orangutan/It makes me sad to hear that gadgeteer/Could gain such fame from such a claim/The crowd he'd awed with his defraud/That charlatan Charles Dawson"), "Poor Jimmy" (about an innocent kid chewed up by one of America's foreign interventions: "He had to see things he never should have seen/He had to do things he never should have done/And at the tender age of 19/They were through with Jimmy when the war was won"), and "The Inbetweeners" (a nod to those kids not cool enough to be cool, but not nerdy/freakish enough to be outcasts). After hearing this EP, you'll be jonesing to see them live.

Do the Dog Skazine (Printed skazine, monthly, Do the Dog Music): This longest running skazine continues to be the best and most comprehensive source for info about the global ska scene. Nobody does it better. It's only available via subscription (you receive printed issues in the mail!), but worth every penny. 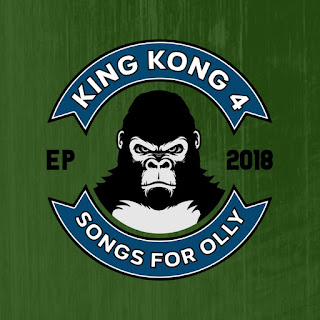 The Frightnrs "Never Answer" b/w "Questions" (7" black or color vinyl single, Daptone Records, 2019): These two tracks from The Frightnrs' stellar, digital-only 12/21/12 EP (which we reviewed here) have finally made their way to vinyl. The Lovers Rock-ish/Sugar Minott tribute "Never Answer" is about the tension in a relationship that arises when others try to sow the seeds of mistrust in order to destroy it (the solution: ignore the haters and focus on what you've got). The flip side is a fantastic dub version by Victor Axelrod (cheekily titled "Questions"). This single is yet another testament to late singer Dan Klein's considerable talents--and reminds one how much he is missed on the scene.

King Kong 4 Songs for Olly (digital EP, self-released, 2018): The four cuts on this EP were originally written by Mitch Girio for his friend Oliver Will in the German trad ska/calypso/mento band The Loveboats, but they broke up soon after Girio demoed them back in 2011. Fortunately for us, Girio revisited and refashioned these winning tracks for his own incredible King Kong 4 (Brendon Bauer on bass, Andrew McMullen on drums, and Ronald Poon on organ). Given their genesis, these songs skew a little more toward trad ska than their typical late '70s Elvis Costello/Joe Jackson/2 Tone sound (which is in no way a drawback). Like most of Girio's compositions, these are fully realized, universally relatable, everyday dramas--someone desperate for the Friday five o'clock whistle to sound (but they're dreaming of leaving for good: "I've been here all week/I can't take one more/I'm itching to leave/I'm scratching at the door"); lying in bed after an evening of drinking and assessing/regretting all the dumb things said and done ("Drink In Your Head"); being in love with someone who's just plain mean to you ("Grenadine," which thematically seems so calypso); and repeatedly finding someone cheating on you, even after you keep forgiving them ("Taking Back the Ring"). This is yet another dynamite King Kong 4 release in an ever-growing string of them. Highly recommended. 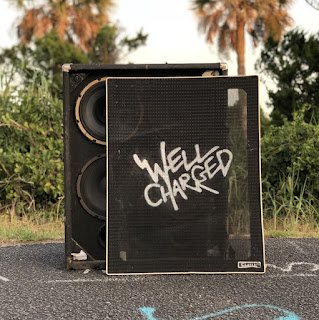 Well Charged Lift Up Sessions EP (CD EP/digital, self-released, 2018): First off, you need to know that this debut release from Charleston, SC's Well Charged contains some seriously good vintage ska, rocksteady, and reggae (founding members Vasily Punsalan on bass and John Picard on drums did a long stint backing John Brown's Body's singer Kevin Kinsella and it shows; they recruited David Hillis on organ, Andrew Link on lead vocals and guitar, and NYC transplant Megg Howe on backing vocals; Agent Jay of The Slackers, mixed, dubbed, and mastered this EP). The two keyboard-focused instrumentals remind one of Jackie Mittoo Evening Time-era tracks, while two of the rocksteady vocal cuts sound like songs Phyllis Dillon would have covered. "A Dozen Roses" and its melancholy version "Red Roses" are about falling in and out of love--check out these lyrics from the latter: "Fall in love, you can, fall in love/Just look out the stem has thorns/If she's really lovely, find it necessary/Check out her head for horns." Make sure to keep your eye on this band.