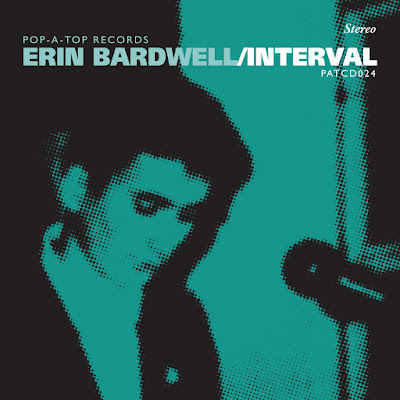 The title of Erin Bardwell's new album Interval is meant to be taken literally: this is a pause, a break from the usual routines with his other bands, Erin Bardwell Collective and Subject A, in order to take stock of things. Bardwell jokes--or maybe doesn't--in his liner notes that "some call it a mid-life crisis." Whatever the case may be, Interval is a deeply introspective album (and great Sunday morning record) that often explores the seemingly small moments in one's life that produce powerful and sometimes disturbing emotional reactions, and end up haunting one's memories. In content and unsettled tone, it may remind the listener of an album like The Special AKA's In The Studio, which used songs about personal dysfunction and desperate situations to comment on the cruelty and injustice in the world around us.

The album starts off with the 2 Tone/Northern Soul track "Four Walls Surround," which is about being young and lonely and boxed in by one's own fears, anxieties, and depression--and cutting oneself off from the very people who might make it all better, if at least tolerable ("These four walls/A problem starts all by itself/At first wasn't true/Becomes your only truth/These four walls/Will comfort you/Say you're busy/Can't come out, don't come round...People stop asking in the end"). Its bookend a few tracks later is "Name on a Page" (which utilizes the same tune as "When You Smile"), but is set years later and from the point of view of someone who had lost touch with the troubled teen of "Four Walls Surround" and is relieved to have randomly found out that they're still alive: "They said you wasn't home/A name remembered/Often wondered/Thought you were sick/Sick of life/You made it past your teenage years/It's actually made my day/Saw your name on a page." (One of the terrible burdens of being middle aged is knowing how people's life stories end, sometimes quite badly.)

The lyrics for "When You Smile" appear to be quite sweet on their own, but the music that accompanies them has a dark, menacing edge and casts lyrics like this in a new light (is this a sick codependent relationship?): "It's a drug and I want more/Could it even stop a war?/Mother nature's given charm/Fix any kind of harm." "(Like a Reflection on) The Liffey" is about being a place that is so closely associated with someone who is gone (dead or somewhere far away) and feeling the loss, but also finding solace in the memories of that person attached to different parts of that place--in this case, Dublin (also, it's interesting to note that in Irish, Liffey means life). Interval includes two Madness-sounding covers of Irish folk tunes by Bardwell's uncle Eddie McLachlan (found on the album Celtic Tiger by Ciunas) that fit in quite well here: "Bridge of Tears" (outside of Dunfanaghy in County Donegal there is a short stone bridge leading to the road to Derry, where people would depart Ireland permanently for boats to Scotland, England, Australia, and America; family and friends would say goodbye forever to their loved ones at this point of no return, as if they were about to cross the river Styx into the underworld) and "That London Winter" about recalling a long-ago affair (and an unplanned pregnancy?).

Like In the Studio's "Nelson Mandela," the one musically bright spot on this album--though with a devastating spoken word bit at the end--is the protest song "Windrush" (written by Pop-A-Top collaborator Sonya Beale): "With dreams with dreams of embracing a mother/Came came hope a better life/Promised a welcome befitting royalty/But in reality/There was no love from mother...Years down the line after the work so hard for mother/She wants she wants to dash you away/Too many too many people came/Just can't take the strain/No longer no longer no longer remain" (which, of course, refers to the British government's utterly racist and despicable treatment of the Windrush generation). While another reviewer has beat me to the punch in labelling many of Bardwell's songs as "dream-ska," the label is so apt and "Injured Arm" is a wonderful example of it. The track is lush, light, and delicate--like the distant memory that inspired it: "And as I dip my injured arm into the sea/The tree that scratched it/And damaged it...And as I dip my injured arm into the sea/Maybe that's where you'll find me." The audio samples that introduce and close the song are from Bardwell's parents' children's theatre show recorded at the Glastonbury Festival in 1981: "And we don't want unhappy endings here today, do we?...The cockroaches who weren't hurt...had a good time and lived happily ever after." All of us humans long for the same things in of our lives, too.

Erin Bardwell's Interval is a tremendous, strikingly original ska and rocksteady record and unlike anything else you'll likely to hear this year.