MOJO: Scratch, Spear, and Godfather of Ska! Plus the Return of The Jolly Boys! 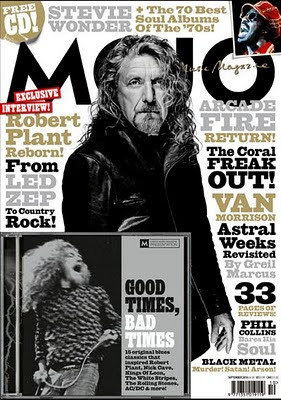 Much respect, as always, to MOJO Magazine in the UK for their ongoing coverage of (some) things ska and reggae. While there still may be a lot taking place under their radar, what they are writing about (reunited 2 Tone-era bands; ska and reggae reissues; Lee "Scratch" Perry; Island Records; and, of course, Marley) is done well, and it deserves repeated mention since they are pretty much the only mainstream music publication that is doing so on a regular basis.

Case in point, see the September 2010 issue (with Robert Plant on the cover). There is news about a fire at Ghana's Studio 1 (a state-of-the-art recording complex built by Rita Marley for use by Marley family and friends) which destroyed an "unknown quantity of original Bob Marley and The Wailers master tapes" that were housed there.

For ages, I've been meaning to do some sort of review/overview of Pressure Drop's excellent reissues of Laurel Aitken's incredibly deep and rich back-catalogue of singles. The task is daunting, to say the least. However, MOJO has published an insightful piece on two collections of his singles from the late 50s (Boogie in My Bones, which is more on the mento, R&B, and rock 'n' roll tip) and early 60s (You Got Me Rockin', that has his pre-ska and early ska hits). 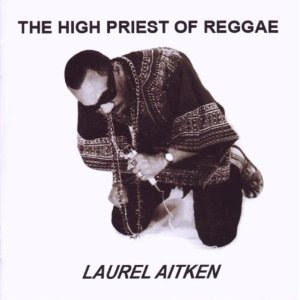 Here's where I have to admit that I'm much more of a (mega) fan of Laurel's skinhead reggae output. If you are too, make sure to pick up Laurel Aitken Says Fire, The High Priest of Reggae, Scandal in a Brixton Market, and The Fantastic Laurel Aitken (I bought most of these through Amazon or their third-party sellers). There is some overlap between these albums (which are, in themselves, collections of this singles that were originally packaged as such--could it be that his first album recorded as such was Ringo the Gringo for Unicorn Records in 1989?). It should be noted that a fair portion of these songs have appeared on the Unicorn reissues Rise and Fall and It's Too Late in the late 80s/early 90s--but there are loads of rare tracks on each new reissue that I've never heard! 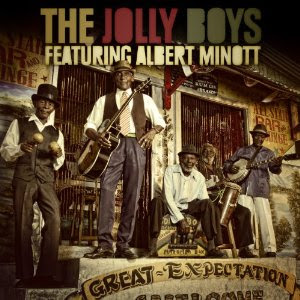 Apologies to ex-Skavoovie & the Epitones guitarist and ethnomusicologist Dr. Dan Neely for not noting this earlier. Last month, MOJO ran a piece (which I had, but can't find in my apartment at the moment) on one of the seminal mento bands, The Jolly Boys. They are releasing a new album this September, Great Expectation (on Geejam Recordings), that is comprised of rock, punk, and alternative tunes (Iggy Pop's "The Passenger," Blondie's "Hanging on the Telephone," Grace Jones' "Nightclubbing," Amy Winehouse's "Rehab," New Order's "Blue Monday," The Rolling Stones' "You Can't Always Get What You Want," The Clash's/Bobby Fuller's/Sonny Curtis' "I Fought the Law," and more) done in a mento style. Dan served as the music director for this project and played tenor banjo on all the tracks (read more about the project on Dan's blog and there is a great article about it in The Telegraph). Unfortunately, he will not be able to tour with the Boys in support of the album due to some (happy) family commitments.

Here are The Jolly Boys performing an awesome version of Amy Winehouse's "Rehab":

And here is a video of The Jolly Boys performing New Order's "Blue Monday" (!) at the Big Chill Festival this August in the UK:

Long live The Jolly Boys!
Posted by Steve from Moon at 7:15 AM