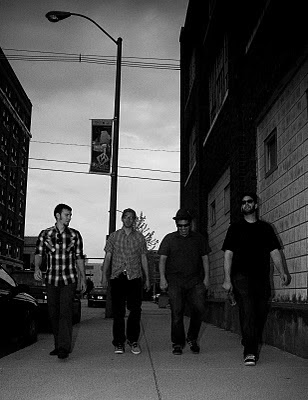 Indiana's finest, the ska/soul/reggae rave-up Green Room Rockers, have just unleashed a music video for the terrific first single off their second album, "You and I." Their self-titled sophomore release (which keyboardist/singer Mark Cooper claims "is the record we've wanted to make since 2007, when the band formed") is coming out this fall on Jump Up Records, and was produced by Dave Hillyard (Donkey Show, Slackers) and mastered by Mass Giorgini (bass player for Squirtgun, Common Rider, and Screeching Weasel, who also produced several Alkaline Trio records).

The Green Room Rockers will be going on a two-week tour with The Slackers this fall in support of the new record. (Will there be a NYC gig?) Based on this preview, it looks like this album is going to be a "must get." Stay tuned for info on the tour and the album's release.

Strange ska train to Margaritaville factoid: the "You and I" video was produced and edited by the videographer for Jimmy Buffet!

I love this band. I see them every time they come east. Really nice guys too. I can't wait for this new album.