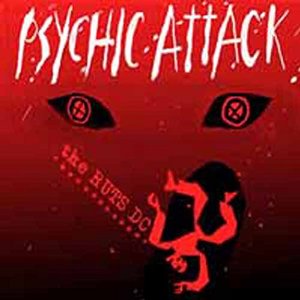 The mighty roots reggae/dub/punk outfit Ruts DC have signed a licensing and distribution deal with Westworld Recordings for their forthcoming album Music Must Destroy. While the new album will not be out until September 16, 2016, you can pre-order the Ruts DC's new "Psychic Attack" single on clear 7" vinyl or compact disc through Plastic Head in the UK (or Amazon in the USA)--it'll be released on May 20, 2016 and in your mailbox soon afterward. (You know I've already pre-ordered my vinyl single!)

For Record Store Day in the UK (Saturday, April 16, 2016), the Ruts DC are releasing their phenomenally good Live on Stage album--recorded on various stages in Europe in 2013-2014--on double LP (previously, it was only available on CD). It's a heady mix of classic Ruts punk cuts with much newer Ruts DC roots reggae tracks.

And if you don't already have it, the Ruts DC's 2013 album Rhythm Collision Volume 2 is simply incredible (though a bit hard to find, as it was released on a German indie label). The anti-war/violence track "Mighty Soldier" and "Smiling Culture"--a tribute to UK reggae singer/DJ Smiley Culture who died in very suspicious circumstances during a police raid in his home--are true highlights.