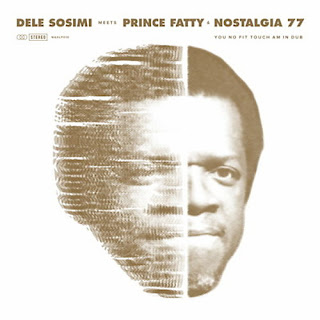 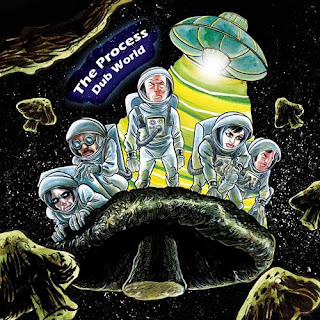 So much good music, so little time to digest and write about it all...

I just came across this phenomenal, mind-blowing mix of Afrobeat (hi-life, African drumming, funk, and jazz), and dub on Dele Sosimi Meets Prince Fatty and Nostalgia 77's You No Fit Touch Am in Dub (LP/digital, Wah Wah 45s, 2016). Right now, this LP is on heavy rotation on my turntable (the ecstatic "Dance Together Dub" and trippy "I Don't Care Dub" in particular) and it should be on yours. Speaking of Dele Sosimi, he used to work with Fela Kuti, so I'll also take this opportunity to note that a month ago I picked up a vinyl copy of Fela Soul--an amazing, if unauthorized, mash-up of Fela Kuti's music with De La Soul's raps that came out a few years ago. 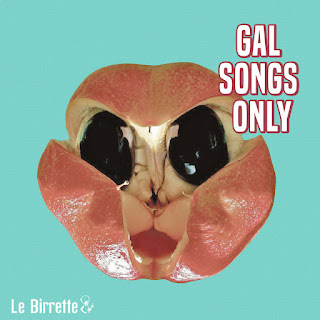 On the fantastic Who Is That Mad Band? and its great track-for-track dub companion Dub World (CDs/digital, Temple Gong Recordings, 2016 and 2017), Detroit's The Process play a wild, heady mix of '70s rock and roots reggae with new wave-synths and metal theatricality--all of which works surprisingly well. The band stands tall on their own with tracks like "Dr. Jekyll and Mr. Hyde" which features the legendary (and late) Detroit rock guitarist Dick Wagner, "Mystery Babylon" "Dear Mr. Fantasy," and "Gypsy Wind." But then they have several excellent cuts mixed by On-U Sounds' Adrian Sherwood ("Time Has Come," "Return the Treasures") and David Harrow ("Fire Is Burning Version")--and others that feature Skip "Little Axe" McDonald (Sugar Hill Records' house band that recorded "The Message" and "White Lines" for Grandmaster Flash and the Furious Five, Tackhead, Dub Syndicate), Ghetto Priest, and the inimitable Lee "Scratch" Perry himself! The Process are yet another great act from this town that spawns them like crazy--Detroit again for the win!

Being the vinyl junkie that I am, I pre-ordered Hepcat's essential early Third Wave classic Out of Nowhere (which was never released on wax in the early '90s, since vinyl was on the way out then)--but the even more compelling reason to pick this up is the accompanying bonus album of stellar dubs by Victor Rice, Dub Outta Nowhere (to be honest, I like some of Rice's versions better than the originals). Highlights include "Dub Wit Me," "Dubvez," "Miss Dubgeniality, "Prison of Dub," and "Police Dub." (The pre-order includes an immediate digital download of both albums, to keep you sated while you wait for the real thing.)

Italy's awesome all-female ska/rocksteady/soul act Le Birrette released their debut album Gal Songs Only (LP/digital) earlier this month. A whole bunch of these tracks sound like could be off Jackie Mittoo's Evening Time ("Jamaican Night," "Let Me Stay," "Rise Up"), while others are wonderful vintage ska in The Skatalites/Potato 5 vein ("Wounded Man," "Eclisse," "Mantis"). I want the vinyl in my collection pretty badly, but the shipping from Europe is the same as the cost of the record (ouch!)

Jump Up Records and The Drastics' imprint Happy As a Lark have co-released a cool new 45 featuring OG Jamaican all stars Derrick Morgan and Charlie Organaire (backed by the Tectonics) on the 1950's standard "There Stands the Glass" on side A with Dennis Alcapone doing his deejay thing on the version on the flip side. Don't miss this little gem!