The Selecter, The Bodysnatchers, and Rhoda Dakar and The Special AKA Featured on "Make More Noise! Women in Independent UK Music, 1977-1987" 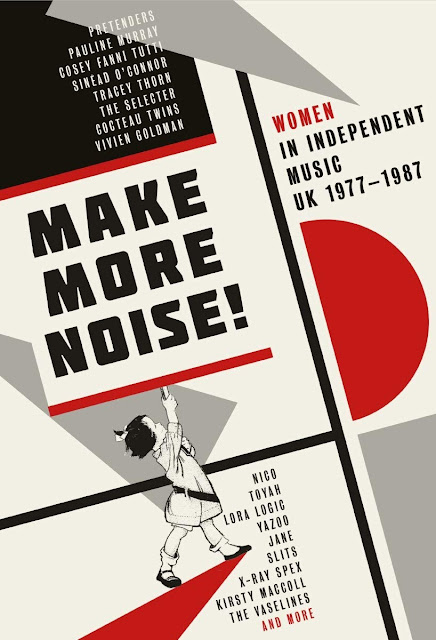 Though it's not always fully acknowledged, the UK punk class of '77 not only inspired countless young men to learn three chords and form their own bands, it also spurred numerous female musicians to put together groups and demand their own space on stage and in the record bins (something pretty much unheard of in the rock music scene up until that point). Of course, the DIY punk ethos bled into the late 1970s UK ska movement known as 2 Tone and motivated a number of rude girls to get in on the action--and write, record, and perform songs that were from women's points of view. All of this is well-documented on the terrific new four-CD Cherry Red compilation Make More Noise! Women in Independent UK Music, 1977-1987, which features tracks from The Selecter, The Bodysnatchers, and Rhoda Dakar and The Special AKA.

Like many of their punk, post-punk, new wave, and indie peers highlighted on Make More Noise!, these female 2 Tone artists had meaningful and oftentimes quite profound thoughts to voice regarding sexism, sexual violence, and the experience of being a young woman in the UK during this time frame (which coincided with the emergence of feminism in the mainstream as significant force pushing for gender equality in the courts, workplace, and and at home).

For Make More Noise!, The Selecter's entry is the Pauline Black-penned "Black and Blue" (one of my faves) off Too Much Pressure, which is about being a lonely and outcast teenage girl. Given Black's childhood--adopted by a white family and one of the few non-white kids in her school and community--it's more than likely that "Black and Blue" is about being on the receiving end of racism, too. Even though The Bodysnatchers' single "Ruder Than You" served notice that the ska scene was not a male-only endeavor, the more universal "Easy Life" might have been a better choice for this comp, as it reflected how women were challenging British society's prevailing and entrenched attitudes regarding their role (something we're still grappling with today), and acknowledged how difficult it was to defy these expectations and fight for real equality. Rhoda and The Special AKA's recording of "The Boiler" (originally written and performed live by The Bodysnatchers), is an absolutely brutal and harrowing tale of date rape that deserves inclusion here, even if one can only stomach listening to it once in your life (that's all it takes to deliver its message).

Email ThisBlogThis!Share to TwitterShare to FacebookShare to Pinterest
Labels: 2 Tone, Pauline Black, Rhoda Dakar, The Bodysnatchers, The Selecter, The Special AKA