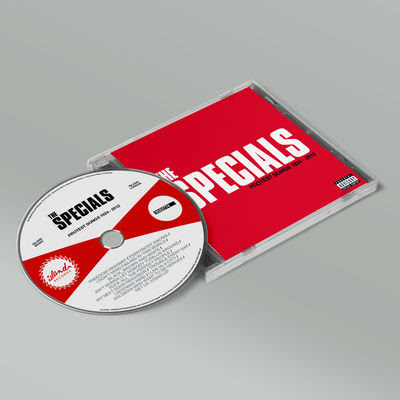 The Specials (Terry Hall, Lynval Golding, and Horace Panter, plus collaborators) have announced that they are releasing their follow-up to 2019's Encore (read my review) on September 24. The album is called Protest Songs 1924-2012 (Island Records/UMG) and, as its title indicates, it consists entirely of covers of powerful and still relevant folk, blues, spiritual, soul, rock, reggae, and new wave/post punk protest songs. Unless you're well-versed in this genre of music, particularly anti-war and civil rights songs, you may not recognize many of these amazing tracks apart from Bob Marley's "Get Up, Stand Up," and Talking Heads' "Listening Wind" (for a great overview of this history of protest music, check out Dorian Lynskey's 33 Revolutions Per Minute).

The tracklist for Protest Songs 1924-2012 is as follows (with links to the original songwriter/performer's recording in parentheses):

The Specials have a short snippet of their cover of The Staple Singers' "Freedom Highway" up on their Facebook page (and it sounds quite good).

And you can pre-order the CD now from the Universal Music store (no word on when the LP can be ordered).
+ + + +