Mojo Feature on the Birth of UK Reggae 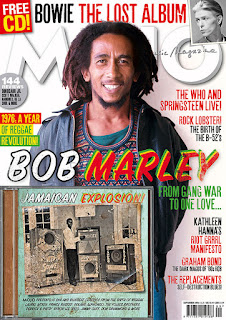 In addition to a feature on Bob Marley's eventful 1976 in JA, the September 2016 issue of Mojo contains a fantastic article on the late '70s home-grown British reggae scene wittily titled "Chant Down Albion." Using the April, 23, 1979 Special Patrol Group assault on the People Unite community center in Southall, London as a focal point (where anti-racist/fascist locals had fled a police riot after a National Front rally and an Anti-Nazi League counter-protest), the piece goes on to explain how the pervasive racism/oppression these black, British roots reggae musicians experienced from the police (who used the notorious Sus law as an excuse to stop and harass any non-white person), right-wing politicians, and many of their fellow countrymen led them to create some of the most powerful and political-charged reggae songs of the time. Highlighted acts/musicians include Misty in Roots (whose manager and studio engineer were seriously injured by the SPG attack--in addition, almost the entire band was arrested in the raid and their keyboard player left the band after spending several months in jail; Misty's recording studio was destroyed; and the SPG even smashed their records), Steel Pulse, Aswad, Dennis Bovell, Linton Kwesi Johnson, and reggae-loving punks The Ruts (Misty in Roots paid for their first recordings and "In A Rut" was the first release on the People Unite label; "Jah War" was a tribute to Misty's manager who was brutally beaten by the SPG).

There's one error to be aware of in the article--Rock Against Racism was not a campaign of the Anti-Nazi League, but its own organization that often held joint protests with the ANL.

Just a reminder--this is old-school media. There's no online version of the magazine. To read the articles, you have to buy a physical copy...

There seems to be a run of good articles in UK magazines at present. Vive La Rock #38 has a 16 page special on 2-Tone which might also be of interest.

Thanks, James! I haven't seen this issue of Vive Le Rock yet at my local newsstand! Will be sure to look for it!