"Music Is Our Weapon" 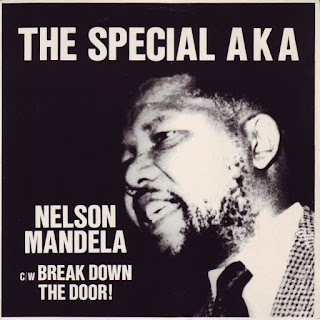 In an interview I just posted with Smiley and the Underclass, I asked band members Smiley and James about the power of music and how it can be used (for better or worse) to change societal individual attitudes and behaviors. All of this immediately made me think of a book that I've just started reading: Dave Randall's "Sound System: The Political Power of Music." Two ska-related passages cropped up within the first twenty pages of "Sound System" that are worth noting here:

"Politics may well have remained largely off my radar, were it not for one August night spent in a field in Northamptonshire. Some mates had invited me to a music festival called Greenbelt, run by left-wing Christians. In a packed marquee between bands, the DJ dropped a tune by The Special AKA: 'Free Nelson Mandela.' I had no idea who Nelson Mandela was, but I knew by the end of the first chorus I wanted him to be free. In that moment, surrounded by thousands of festival goers hollering the hook, I learned--instinctively felt--that the future is unwritten and ordinary people like me could have a say. Music, I realized, is our weapon."

"Seemingly innocuous pop songs can also accrue an aura of terror in times of turbulent upheaval. When Uganda's former President Idi Amin was tightening his grip on power, the state radio station played 'My Boy Lollipop' all day long, interspersing its sugary refrains with military men's threats and warnings of curfews. Writer Yasmin Alibhai-Brown, who experienced the coup and its brutal aftermath, told me that to this day she is unable to listen to that song."

Here's what I wrote about "Nelson Mandela" and the rest of The Special AKA's magnificent In the Studio, back in October 2014.