The Duff Guide to Ska Fast Takes: The Dirty Notion's "The Dirty EP" and NST and The Soul Sauce's "Back When Tigers Smoked" 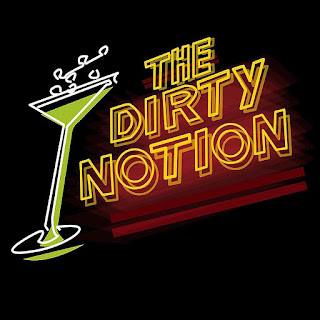 Editor's note: I've been in the midst of doing research and interviews for a book I'm writing on The Toasters, so I've been behind on reviewing ska releases that deserve your attention. As a result, for the near future, I'm going to be running shorter than usual reviews, in order to try to keep you up on what's going on... 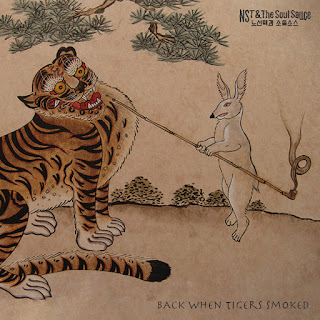 The Dirty Notion The Dirty EP (CD/digital, Abbey Productions, 2016): This is one that I should have reviewed last year--particularly, since I've hosted The Dirty Notion/their alter-ego 1592 twice at Otto's Shrunken Head in Alphabet City and really dig them. This superb Detroit-based band plays gritty, garage-y rocksteady and early skinhead reggae originals, all fantastically showcased on this six-track EP. Boss tracks include the defiant, full-thrusters on of "Being and Time" ("I don't live for tomorrow/That just brings on sorrow"), "Two Whiskeys," the confusion, anxiety, and vulnerability of "Don't Know" ("I didn't know/Where this would go/Tell me, please/An answer's all I need/Tired of all of the silly games we play/Tired of all of the silly things they say about us/Cause they don't know you...I don't see your future..."), and what is--in my mind--their really extraordinary sing-along Gen X hit anthem (aimed at those of us disaffected slackers squeezed between the Baby Boomers and Millennials) "Someday" ("...I will be gray/Someday I will be old/But I don't have a say/When the revolution come..."). Both live and on tape, these guys deliver the goods and more. Never miss them. (While you're here, check out our review of 1592's most recent album, Family of Choice, from 2016.)

NST and The Soul Sauce Back When Tigers Smoked (CD/digital, Eastern Standard Sounds, 2017): South Korea's NST and The Soul Sauce bill themselves as a roots reggae band (an amazing one at that), but that label is much too confining--the band masterfully composes and performs trad ska, Jamaican jazz, reggae, and dub cuts, while mixing in elements of Korean music and culture. There's pretty much something for everyone to like here, including the mystery and tension of the rocksteady-ish "The Night of Mt. Naeba" (an ancient volcano in Japan); the spare reggae of "Sound Man" (not about the person behind the PA, but the selector at the controls: "Love your sound man/Respect your sound man/Give thanks for the knowledge/Give thanks for the wisdom"); the punchy and percussive "Riding a Jorang Horse" (a breed of pony native to Korea's Jeju Island that is descended from Mongolian ponies and typically strong and gentle); "Blooming Mind" is a gorgeous instrumental that opens with a melodica that slowly builds upon itself with layer after layer of repeating musical lines; and the (not unexpected) funky reggae of "Farmer's Funk." Ska and reggae fans alike should make sure to pick this one up, as you may not hear a better ska/reggae release this year... (anyone in the US, Europe, and beyond can order this album through NST and The Soul Sauce's Bandcamp page). (Also, read our review of NST and The Soul Sauce's "Heaven Is Here/Song for Rico" EP, released in 2016.)

Email ThisBlogThis!Share to TwitterShare to FacebookShare to Pinterest
Labels: 1592, Duff Review, NST and The Soul Sauce, The Dirty Notion