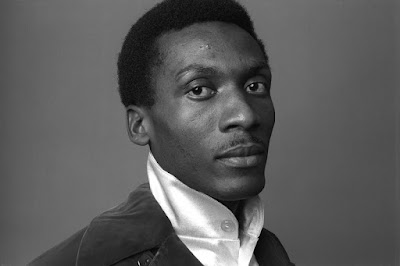 I'm sure the irony of this is not lost on Jimmy, as in the early 70s under the careful guidance of Leslie Kong, he was poised to become a huge cross-over superstar, had his then-label Island Records not ignored his career in favor of Bob Marley's (did Chris Blackwell think that rock fans could only handle one reggae-rocker at a time?). For the voting members of the Rock and Roll Hall of Fame, the choice of Jimmy Cliff for induction does make perfect sense--back during my college days in the mid-to-late 80s, no matter what your musical scene--whether it was rock, metal, the Dead, or new wave--everyone had two reggae records in their collection: Bob Marley's Legend and the brilliant soundtrack to The Harder They Come. It was as if they were issued to every teenager in my generation when they turned sixteen--you can almost imagine some deadpan Leslie Nielsen-type narrating a cheesy "hygiene" film to prepare us for adulthood and intoning, this is reggae, kids...and it's damn good!

Read about Jimmy's fascinating rise to the top (I didn't know that he was discovered at 14 by Derrick Morgan, who introduced him to Leslie Kong, who in turn produced all of Jimmy's ska hits like "Miss Jamaica," "King of Kings," "One Eyed Jacks," and "Pride and Passion," which were released in the UK on Island Records--a label that Kong then co-owned with Chris Blackwell and Graeme Goodall) and his razor- close brush with mega-Bob Marley-like fame in this great bio from All Music Guide.

Trojan Records also has a nice overview of his career on their site.

Gibson has unearthed a never before published interview with Jimmy Cliff from 2004.

Lastly, here's a current interview with Jimmy Cliff in Spinner, where he talks about his new record, tour of the US, and reaction to his inclusion in the Rock and Roll Hall of Fame.

Oh, except that once again, Rush is snubbed.

Adam, Rush should put you on their payroll or at least give you a lifetime supply of free tix and swag...

It is good news for JC, though, right?