The Resurrection of King Hammond! 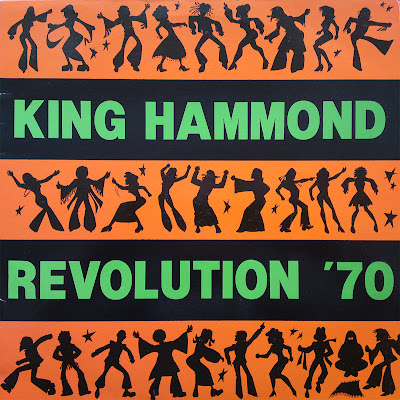 The incredibly prolific Nick Welsh (ex-member of and songwriter for Bad Manners, Selecter, and Big 5; mastermind behind Skaville UK; and Grammy-winning musician working with ska stars like Lee Scratch Perry, Dave Barker, Prince Buster, and Laurel Aitken) has revived his brilliant late-80s/early 90s skinhead reggae alter-ego King Hammond (if you can find the Revolution 70 LP on Buster Bloodvessel's version of Blue Beat Records and and the Blow Your Mind CD on Trojan subsidiary Receiver Records, grab them, as are really, really good). In a surprising cool development, a new King Hammond album, The King and I, is due out this May on Nick's own label N.1 Records.

Below are some videos previewing several of the new tracks off of The King and I--including the groove-heavy "Mr. Easy Talk," which provides some relevant background on King Hammond and Nick, and check out the amazing 1970s footage of UK skinheads and mods in "Cool Down Your Temper!" Based on these cuts, I expect to find The King and I on heavy rotation in The Duff Guide to Ska's HQ this summer...

thanks for the heads up. i cant wait to hear the whole album.

sweet news Duff!
I just got his skaville UK DeViL BeaT in my clutches this past week. It's great, unique stuff!

KJ: King Hammond's return comes as a complete (and welcome) surprise--I listened to "Blow Your Mind" today at work just to get prepared...

Johnny Reggae: "Devil Beat" is great. I have it, love it, and need to review it. Nick Welsh is such an amazing and prolific songwriter. He must wake up each morning with a new tune in his head from the night before...

I prefer his work in Mercyful Fate.

You are thinking of King Diamond...not King Hammond! Get your musical royalty right, dude!