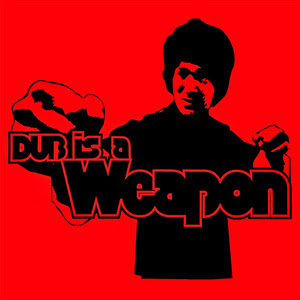 The greatly anticipated (and long-awaited) new album from the NYC dub collective Dub is a Weapon will be released in February 2011 on Jump Up Records! Word is from Dave Hahn that guest artists featured on the record include trombonist Buford O'Sullivan (Easy Stars All-Stars, ex-Scofflaws, ex-Toasters) and reggae singer Rob Symeon. For a good taste of their dread sound, check out their devastating Armed and Dangerous EP (Jump Up) or the digital tracks available on their website.

If you are in Connecticut-land, you can catch Dub is a Weapon tonight:

Dave Hahn (AKA Hahn Solo) also has a regular DJ gig worth catching: