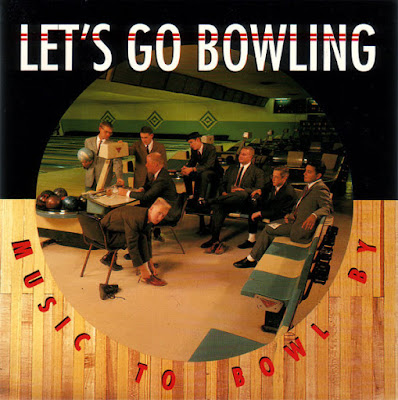 Let's Go Bowling's first two albums--Music To Bowl By and Mr. Twist--are being issued on vinyl for the first time ever by Mike Park's Asian Man Records! These two stone-cold classics of the so-called Third Wave of American ska were originally released on Moon Records in 1991 and 1996 respectively, but only on compact disc and cassette, as vinyl was an unpopular (and assumed to be dead) format in the US during the 1990s.

In particular, Music To Bowl By was an extremely important album in Moon Records's history. Despite some incredible releases in the late 80s (such as The NY Citizens' On The Move and the Ska Face and NYC Ska Live comps), the label had barely limped out of that decade after a series of distributor failures and ill-fated licensing deals swallowed up the label's already limited product and capital. These brutal experiences made Moon Records' label head Rob "Bucket" Hingley all the more determined to build as strong an indie label as possible by going back to the basics (starting with a fairly busy mail-order operation out of his basement, fulfilled mostly by Buck when he wasn't on tour with The Toasters; taking orders directly from mom and pop record shops; and creating a one-man in-house promotion/marketing team to get the word out to college radio and zines--yours truly!). Let's Go Bowling's Music To Bowl By and The Scofflaws' self-titled debut album (also issued in 1991) were two vital releases from the then newly revitalized label that demonstrated to the ska world Moon's intention to go big (and be more than just a home to The Toasters and NY Citizens) and its renewed commitment to supporting high quality ska acts in the 1990s--both albums are superb from start to finish.

You can pre-order the Music to Bowl By and Mr. Twist LPs from Asian Man Records here. Both are slated for release the second week of February.

If you're unfamiliar with Let's Go Bowling, make sure to check out two of their best tracks below...

I wonder if they are using original master tapes or just rips from the Moon cds?