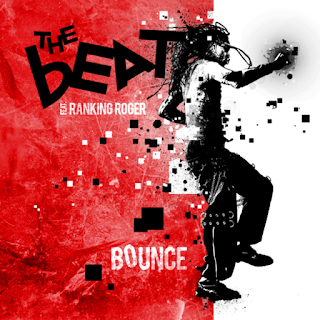 The Beat featuring Ranking Roger Bounce (CD, DMF Records, 2016): While it's completely understandable why one would want to continue using The Beat name and brand decades after the band broke up (after all, the original Beat was one of the best acts of the 2 Tone/post-punk/New Wave era; Just Can't Stop It, Wha'ppen, and Special Beat Service are phenomenal albums; and Dave Wakeling tours the US almost non-stop as The English Beat), it's also an incredibly risky proposition, as the bar is set very, very high. As a Beat album, Bounce doesn't meet expectations (really, how could it?), but if it is considered on its own merits as a new Ranking Roger record, it's a good--sometimes really great--album of pop reggae and ska that is akin to UB40 and Beat-descendant General Public (oddly, one track, "Close the Door," is pretty much a re-write of General Public's "General Public"). Ranking Roger's voice is in fantastic shape, the musicians and production are top-notch, and everything comes together nicely on "Avoid the Obvious," "Walking on the Wrong Side" (which decries governmental surveillance of all its citizenry),  "On My Way," "My Dream" (nice Madness-y ska music hall here), "Fire Burn" (both a call for everyone to act on injustice and to close down Guantanamo Bay), and "Heaven Hiding." 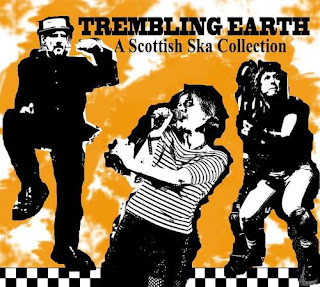 Various Artists Trembling Earth: A Scottish Ska Compilation (Double CD and digital download, F and J Records, 2016): As someone who's produced a number of ska compilations (Skarmageddon 1-3, Ska United, This Are Moon Ska, and others), I'm a big believer in their power to focus great attention on bands and scenes that are not as well-known or heralded as they should be. To be honest, apart from a few bands on Trembling Earth (The Amphetameanies, Bis, Capone and the Bullets--who were Laurel Aitken's backing band for a time--Bombskare, and Esperanza), I know squat about Scottish ska, so this is a very welcome guided listen, courtesy of Gordy Davidson of The Amphetameanies. (The CD booklet is an hilarious alphabet primer penned by Davidson used to introduce each band and features of the scene's landscape--for instance, Z is for "Zoot fanzine, the scene-defining A5 labor of love circulated by ska fan turned journalist George Marshall..."). In addition to fantastic songs from the marquee names, there are terrific contributions from The Cherry Reds, Victorian Trout Conspiracy, Joe Viterbo, Root System, The Newtown Grunts, Sea Bass Kid, The Cut Throat Razors, and Big Hand. For a compilation featuring 16 bands and 33 tracks, the quality control here is exceedingly high, which speaks volumes about the Scottish ska scene. Overall, Trembling Earth is pleasingly and relentlessly upbeat and offbeat, ranging in style from 2 Tone to modern and punky ska, often delivered tongue-firmly-in-cheek. Without a doubt, this is the best ska comp of 2016.