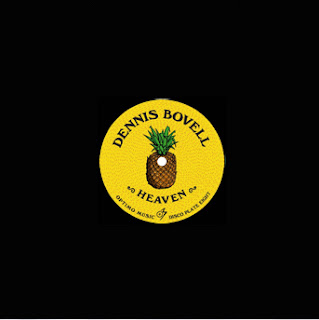 Dennis Bovell "Heaven" (Four-track 12" vinyl EP, Optimo Music, 2016): The wonderful funky afro-beat title track of this EP comes from Dennis Bovell's 1981 genre-defying Brain Damage LP and concerns our elusive (and probably futile) struggle to live in peace and harmony ("On bombs and guns they spend their funds/Instead of investing in humanity... Tomorrow may one day too late/Now is the time to investigate/Heaven right here on Earth") and is accompanied by its club edit for your maximum dancing pleasure (both will remind anyone who was around in the early 1980s of the fantastic musical experimentation and hybrids of sounds that were a hallmark of the post-punk/New Wave era). The flip side of this EP contains Bovell's truly brilliant 1981 dub collaboration with American singer/songwriter Garland Jeffreys, "Escape Goat Dub"--a word play on "scapegoat"--which contains these toasts dropped in the mix: "I was walking down the road in the blistering heat/A bomb explode on a hot concrete/It can happen in the broad daylight...Separate a black from his rights/The like to separate a black from the white...I was walking down the road one afternoon/Feeling upset, no I'm not immune/What do you think of world like that? Think...think...think"). Epic had arranged for Bovell to produce several tracks for Jeffreys' new album (which would eventually become the Bob Clearmountain-produced Escape Artist), but since Jeffreys was a huge fan of reggae and dub, the duo ended up creating several dub tracks instead of the expected rock and reggae singer/songwriter cuts, much to Epic's displeasure. However, these dubs were released on the Escapades 7" EP that was included as a free single that came with the first pressing of Escape Artist. "Escape Goat Dub" (which is a version of Escapades' "Miami Beach" and featured Linton Kwesi Johnson) was relegated to the B side of Jeffreys' great cover of ? and the Mysterians' "96 Tears"--though the version here comes from a 12" promo that was only released in France.  A sunshine-y bright reggae instrumental called "Smouche," also from Brain Damage, closes out this must-have Bovell set. Secret Affair "Do I Love You (Indeed I Do)" b/w "Crumble Gunn" (7" vinyl single, I-Spy Records, 2016): Many in the US may not be aware of it, but Secret Affair--with original members Ian Page and guitarist David Cairns--have been pretty active in the new millennium (first reuniting in 2002 after their 1982 break-up), touring extensively and recording a surprisingly good new album Soho Dreams in 2012. Their latest release for the mod faithful is an absolutely scorching cover of Frank Wilson's 1965 Motown rarity "Do I Love You (Indeed I Do)." Apparently Berry Gordy so disliked Wilson's vocals--and didn't want his producers to have recording careers--that he destroyed almost every promo copy of the single and nixed its release to the music-buying public. But, in one of those unusual twists of fate, years later Wilson's song became so popular at the famed Northern soul nightclub Wigan Casino whenever their very valuable copy was played that Tamla-Motown finally gave the people what they wanted and released the single in the UK in 1979. "Crumble Gunn" is an inspired organ-heavy instrumental mash-up of Henry Mancini's "Peter Gunn" with The Quik's 1967 mod fave "Bert's Apple Crumble" that shows off the re-constituted Secret Affairs' formidable chops. Both of these tracks must be something to behold whenever Secret Affair plays them live. 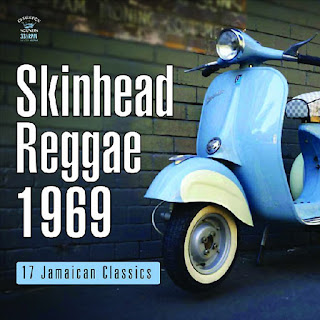 Various Artists Skinhead Reggae 1969 (CD/LP, Kingston Sounds/Jamaican Recordings, 2016): While virtually all of the tracks on Skinhead Reggae 1969 can be found Trojan's impressive double-CD Dancehall '69: 40 Skinhead Reggae Rarities (issued back in 2003), this particular comp is really worth acquiring on vinyl, as you would be hard-pressed to find any used copies of most of these original singles. (I immediately picked up this record when I saw that it included Max Romeo and The Hippy Boys' phenomenal "Clap Clap," which isn't for sale anywhere on Discogs.) In addition to their common musical sub-genre, what connects the songs on Skinhead Reggae 1969 is that all of them were produced or financed by Bunny "Striker" Lee in the late 60s/early 70s and oftentimes these recordings involved many of the same musicians. (It's also worth remembering that Bunny Lee co-wrote and produced Judge Dread's massive skinhead/rude reggae hit "Big Seven"--#8 on the UK charts in 1972.) Skinhead Reggae 1969's highlights include the Bunny Lee Allstars' "Warfare," "Annie Pama" (an instrumental version of The Maytals' "Monkey Man"), and "Revenge of Eastwood" (which versions Prince Buster's incredible "Drunkard Psalm" and is one of many skinhead reggae tracks that falls into the spaghetti Western reggae category--see The Hippy Boys below); King Horror's "Cutting Blade" (King Horror was Laurel Aitken's musical alter ego); Max Romeo's "Melting Pot" (a cover of Blue Mink's song which, as good intentioned as it was, ironically manages to be racist in its promotion of racial integration); The Des All Stars' "Walk with Des"; The Hippy Boys' "Peace Maker" and "Death Rides a Horse"; and Lloyd Charmers' "In The Spirit." Since we're on the topic of skinhead reggae, if you ever come across Dawning of a New Era: The Roots of Skinhead Reggae don't hesitate to buy it--most of these cuts don't appear on any other skinhead reggae comps, Trojan or otherwise.