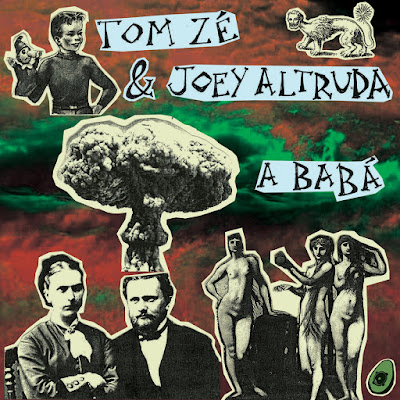 It's a shame that we haven't seen much recorded output from Maroon Town since their magnificent Freedom Call album in 2018 (read my review of it here). But it seems like a new and growing collaboration with producer/musician Neil Anderson of Original Gravity Records may be changing all that. This past October, the band issued a killer remix by Anderson of "Bullit" from their Urban Myths LP (read my review of it here) retitled "Bullit (Proof Mix)."  Their latest release is a wonderfully bright and joyful rocksteady instrumental tribute to South African jazz trumpeter and long-time anti-apartheid activist Hugh Masekela titled "Maskela Skank" (Digital, self-released, 2021) that has light touches of Highlife and echoes of Desmond Dekker and the Aces' "Pretty Africa." Here's hoping there's more of where that came from--it's superb--and that some of these cuts receive a physical release (maybe Anderson could issue some of this on Original Gravity?). Also, if you've never heard their deadly cool cover of Prince Buster's "City Riot" produced by The Specials' John Bradbury and released back in 1987 (I still have my 45!), do yourself a favor and check it out on the Maroon Town Bandcamp page. (Fun ska factoid: The Scofflaws covered Masekela's "Grazin' in the Grass" on their Ska in Hi-Fi album back in 1995.)
While he's been busy working in other genres as of late, Joey Altruda hasn't been doing much in the ska realm since his extraordinary run with Jump with Joey (with partner in crime Willie McNeil) back in the 1990s (for you nitpickers out there, he did perform on Western Standard Time's Big Band Tribute to The Skatalites back in 2012). If you don't already have them, the albums Ska-Ba, Generations United (my fave!), and Strictly for You, Volume 2 are essential trad ska-jazz-Latin listening (and are painfully overdue to be issued on vinyl). So, it's fantastic to find the new single from Altruda firmly in ska territory, even if it's a bit of a detour through Brazil! "A Babá Ska" b/w "A Babá Dub" (Digital, Avocaudio, 2021; 7" vinyl single TK--though you have to sign up on the waiting list to get a copy) are versions of Brazilian Tropicália musician/singer Tom Zé's 1972 song, which translates from the original Portuguese as either "The Nanny" or "The Babysitter." The original was released during Brazil's long military dictatorship (1964-1985) and utilizes a children's nursery rhyme form and cartoon film references ("Rockefeller accused Snow White/The dwarfs split/Three yes and three no/But one died of fright/And asked, 'who is, who is'?") to mock/criticize the powers that be ("Who is making nightmares at the head [end or turn] of the century?/Who is putting lice on the head of the century?"). Altruda, who has collaborated with other Brazilian musicians like Seu Jorge, was able to persuade Zé to cut new vocal and guitar tracks for his ska version (interestingly, Zé was unfamiliar with the genre) and the results are pretty spectacular. These tracks feature Roger Rivas (Aggrolites) on organ and piano, Oliver Charles (Ocean 11) on drums, Artie Webb (Tito Puente) on flute, Marlone Sette (Jorge Benjor), and Altruda on bass and production. Everything was expertly mixed by Victor Rice down at his studio in São Paulo. According to Altruda, 100% of the sales of the digital single go to Tom Zé, and this is the first of several more hoped-for collaborations with Brazilian musicians. All I can say is please keep 'em coming!
+ + + +
Posted by Steve from Moon at 10:12 PM