Ska Essentials: Do the Dog Skazine 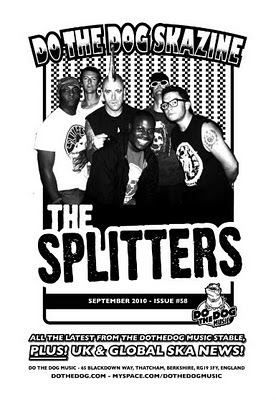 There are some terrific things in our lives that have just always been there--so much so that we just take them for granted. Do the Dog Skazine is one of the ska essentials that fans and bands should recognize and appreciate now and then for its very significant role in spreading the gospel of ska and helping to keep the scene informed and connected (there used to be hundreds of skazines back in the 90s--where'd they all go?!). Kevin Flowerdew (The Bakesys, Do the Dog Music) has been publishing the invaluable Do the Dog Skazine since 1989 (the zine was originally called Rude, but was re-branded in 1996 when Kevin launched his great ska label--and a portion of the publication is devoted to bands on Do the Dog Music). It never fails to provide an amazing overview of happenings on the global ska scene.

There is no electronic version of Do the Dog--it's print only. Here's how to subscribe:

For a four issue subscription to the zine send a cheque for £5.00 (made payable to Do The Dog Music) along with your name & postal address to: Do The Dog Music, 65 Blackdown Way, Thatcham, Berkshire, RG19 3FY.

You can also pay online by Paypal. Just send £5.00 via Paypal to dothedogmusic@yahoo.co.uk and include your name, postal address and "Zine Subscription" in the notes section.

It's also nice to see that Kevin and I share the same taste in ska music--it seems that he particularly likes the new releases from The Beatdown, The Bullets, and the King Django Quintet, which The Duff Guide to Ska gave rave reviews...
Posted by Steve from Moon at 9:43 AM

Email ThisBlogThis!Share to TwitterShare to FacebookShare to Pinterest
Labels: Do The Dog Music, Do The Dog Skazine, King Django Quintet, Rude Skazine, The Bakesys, The Beatdown, The Bullets