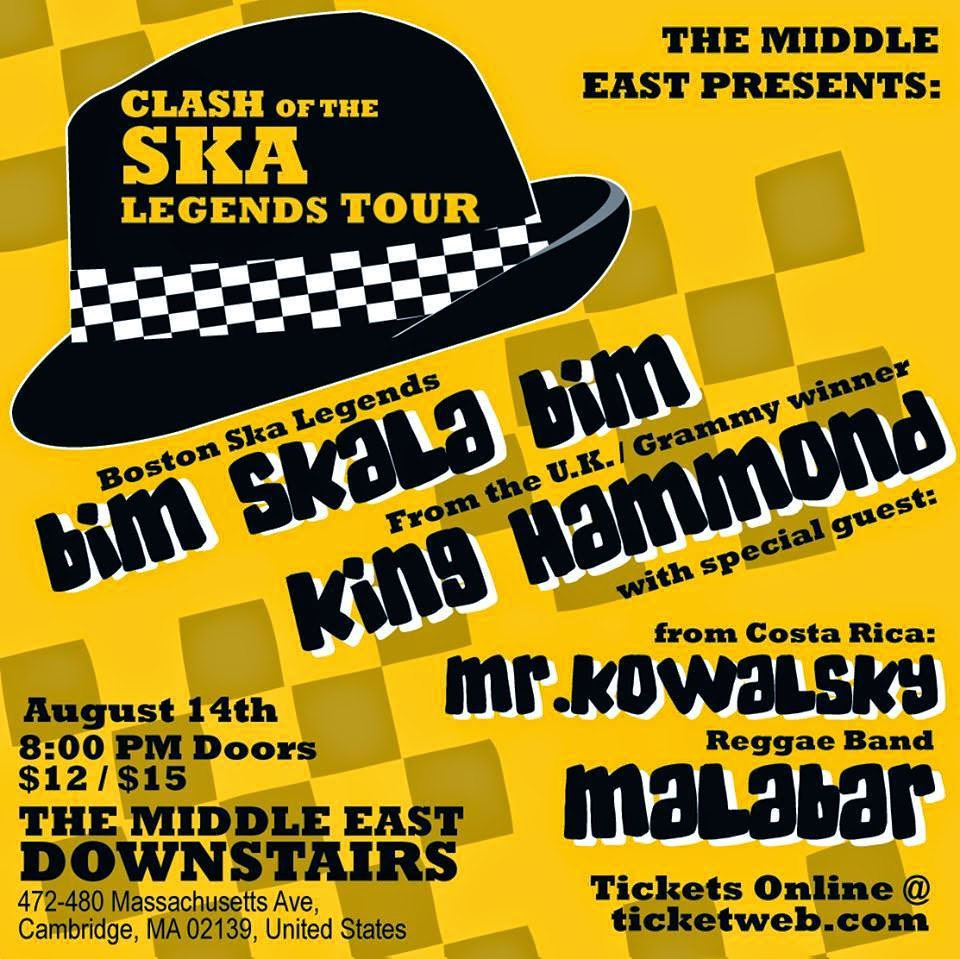 If you're in or near New England in mid-to-late August, you MUST make sure to catch the "Clash of Ska Legends" tour featuring Bim Skala Bim and King Hammond!

For the past several summers, members of Bim have come together from their far-flung homes to play some always-popular gigs in and around Boston and Cape Cod (and for this tour, they're supporting their excellent new album Chet's Last Call--read The Duff Guide to Ska review of it here). But this year, Bim is accompanied by the truly great King Hammond (AKA Nick Welsh, ex-Bad Manners, The Selecter, Big 5, Skaville UK, and more), who has released a slew of amazing early 70s-inspired skinhead reggae releases recently, including 22 Bullets from a Rude Boy Gun, the reissue of his classic albums Revolution '70 and Tank Tops and Hot Pants, the 7" single "Skaville Ole," and a series of very limited-edition CDs.

Needless to say, both acts are phenomenally good and have been creating and playing some of the best ska and reggae around since the 1980s! See these legends while you still can!