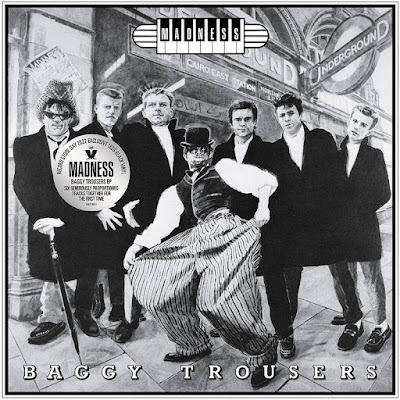 As Chuck Wren told me--and you'll see below--this year's crop of ska and reggae RSD releases are pretty "sparse" (and some of them are not being released on Saturday, April 23, but on June 18). If you want to avoid the RSD price gouging (which is likely to be even more outrageous as there are shortages of PVC and other LP supplies) and boycott the majors for bullying their way to front of the lines at the vinyl pressing plants, keep your eye out for Jump Up's surprise, non-official RSD ska releases to be announced/for sale that same day.

Posted by Steve from Moon at 9:42 AM No comments: 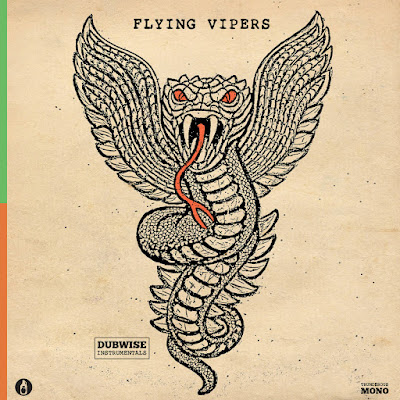 Editor’s note: Since the Flying Vipers’ first two cassette-only releases were just issued on colored vinyl for the first time by Jump Up Records and Music ADD Records, it seems like a good idea to revisit my reviews of each of these tapes!

In seeking to capture that spirit, sound, and vision for their own original tracks, Flying Vipers recorded their instrumentals on an old-school, Tascam 8-track cassette console (and performed using vintage drums, bass, and keyboards). The final dub mix (by Jay Champany of Truth and Rights) was recorded live on the same Tascam deck, utilizing classic dub techniques and effects--and the results are really pretty phenomenal (and having Kevin Metcalfe, who has worked with David Bowie, The Clash, Lee “Scratch” Perry, Dr. Alimantando, UB40, Dennis Brown, Black Uhuru, Prince Far I, and others, master the final mixes certainly must have helped!).

Flying Vipers' The Green Tape contains six fantastic tracks of tangibly warm, vibrant, and crisp dub instrumentals with great melodies--earworms, really--that will move your body and elevate your mood. My favorite cut here, "Beacon Street Version," features a lilting, very Rico-like trombone melody on a song that sounds like it could have been off Warieka Dub. Other great touches abound throughout the tape--from the jazzy, bell-like sound of the Fender Rhodes on the lovely "Bell Crickets," to the haunting melodica lines on the slow spooling of "Tape Hiss," as well as the urgent and slightly dangerous "Dragon Snout," to the trippy, wah-wah pedal effects on the guitar line of "Cannabaceae" (which is a family of small flowering plants including Cannabis and Humulus, or hops), and the tension on display between the relaxed sax and the hyper, almost martial percussion in "Coffee Kush" (yes, apparently a strain of coffee-flavored marijuana now exists--does one have the Pavlovian jolt from the taste of coffee, but then mellow out when the THC kicks in?).

My only complaint about this release is that I want more of it. For now, hook up your dad's old tape deck to the stereo or bid on a used Sony Walkman on eBay--and then have someone over forty show you how to insert the cassette (and enjoy)!

[The Copper Tape; review originally published on April 2, 2017]
This is the second release from Boston's mighty Flying Vipers, which is comprised of members of Destroy Babylon and Pressure Cooker, who specialize in '70s-sounding instrumental roots reggae and dub recorded on analog equipment that reminds this reviewer most strongly of Dennis Bovell's output. The Vipers create incredible, mesmerizing dub tracks that never quite deconstruct things to the point where the tune is entirely lost--melody is everything here (like on all Bovell productions). I love this whole tape (eight cuts on the cassette), but standout tracks for me include the sublimely ethereal "Smoke and Dagger" (paging Jackie Mittoo!), the Western reggae-ish "Heady Topper Headon" (of course, named after The Clash's phenomenal drummer), and the mysterious Lee Perry-like "Return of the Living Zero" (which rely on organ, melodica, and clavinet respectively to carry each song's tune). You may think me bold, but Flying Vipers' The Copper Tape is most likely the best new dub release you'll hear all year.