The Applecores The Applecores EP (Five-track digital EP, self released, 2017): This female-fronted reggae-rock-pop NYC outfit (think Sublime crossed with No Doubt) delivers some fine originals on their debut--the break-up cut "Holding Hands" is particularly affecting--plus they do a great cover of Drake's "One Dance."

Beat Brigade Tomorrow's News (Three-track digital EP, Buddahbug Records, 2017): OG NYC ska kings (and contemporaries of The Toasters) Beat Brigade keep the aggressive and gritty '80s Big Apple ska sound alive on this really fantastic new EP. The protagonist in the dangerous, film-noir-ish ska-jazz cut "You Charming Thing" ("Every day is Christmas/Every night is New Year's eve...you tease me until I come undone") knows he's on the road to perdition, but can't resist her. "Bomb Squad" is from the (cynical) POV of someone on that detail ("You're gonna have to hose my bloody guts away!") and appropriates the great riff from Devo's "It's Not Right." The roots reggae rebel track "Battle Cry" ("This is not a warning/This is not a test/Armageddon's coming...") has one seriously good groove in its call for solidarity in the face of injustice ("No matter where you're from/No matter where you stand/Together we are strong/Together we are one"). Much more of this please.

The Brooklyn Attractors Xmas in Babylon, Volume II (red or green vinyl PS single, Jump Up Records, 2017): This single by this NYC area supergroup features top-notch rocksteady arrangements of two Christmas classics (a spirited cover of "Up on the Rooftop" and a melancholy version of "Jolly Old St. Nick" retitled "Ras Nick"). Pure class, this one. Play it to impress the relatives when they visit.

Lee "Scratch" Perry and the Full Experiences Disco Devil (red 12" vinyl, Trojan/Get On Down, 2017 Black Friday Record Store re-issue; originally released in 1977 on the Upsetter label): For whatever odd reason (legal matters with Marley's estate?), this re-issue jettisons the awesome Bob Marley and Wong Chu "Keep On Moving" b side for the 7" mix of "Disco Devil" (which is, of course, a version of Max Romeo's phenomenal "Chase the Devil" from War Ina Babylon). Nonetheless, this is still a gift for Perry fans--original copies of Disco Devil go for $350 and more, while the 2003 Trojan reissue fetches around $50 and up. (If you're in the NYC area, as of this posting, Rock and Soul still has copies in stock.)


The New Limits "Every Day Will Be Like A Holiday" (digital single, self-released, 2017): Considering the hellish year we've been through in the USA and the ongoing BS about the ginned-up, so-called "War on Christmas," it helps to shore up your faith in humanity to know that The New Limits chose a holiday classic to cover specifically for its message of love, companionship, and inclusiveness (since no specific holiday/religion is referred to in the lyrics, anyone from any religion--even atheists--can relate to it). Stax artist William Bell's wonderful "Every Day Will Be Like A Holiday" is given a terrific rocksteady treatment by The New Limits here. Maybe this version can find its way to wax some day?

The Toasters Skaboom! (blue heavyweight vinyl/cassette, Jump Up Records/Megalith Records, 2016 reissue; originally released in 1987 in the USA on Moving Target/Celluloid and in a slightly altered form in the UK on Unicorn as Pool Shark): Read The Duff Guide to Ska appreciation here.

(All reviews by Steve Shafer)

Basement 5 In Dub (Five-track vinyl EP, PIAS Recordings, 2017 reissue; originally released on Island Records, 1980): Dub meets end-of-days post-punk in this really fantastic mash-up of styles (produced by Martin Hannett, who collaborated with the Buzzcocks, Joy Division/New Order, Psychedelic Furs and others). The source material is Basement 5's sole punky reggae album, 1965-1980, which is very much worth tracking down (it was also reissued this year on CD with these dub tracks), but it doesn't work quite as perfectly as this. (For those are interested in band ancestry, Basement 5 bassist Leo Williams went on to co-found Big Audio Dynamite with Mick Jones and Don Letts.)

King Kong 4 There's Not Much That You or I Can Do About It (Five-track digital EP, Winterbeard Records, 2017): Read The Duff Guide to Ska review here.

Various Artists: Recutting the Crap, Volume 1 (LP/digital, Crooked Beat Records, 2017 Record Store Day release): I first heard The Clash's Cut the Crap back in 1985 after devouring Big Audio Dynamite's This is Big Audio Dynamite (both were released within months of each other) and was profoundly disappointed to find that while Jones and company had taken the Sandinista and Combat Rock musical gumbo (punk, hip-hop, dance rock, reggae/dub) to the next evolutionary level, Strummer had made u-turn back toward 1977 punk (at manager Bernie Rhodes' urging), but had been t-boned by Rhodes' god-awful musical direction/production (replete with session musicians, synthesizers, programmed drums, and football terrace-like shouted choruses) and several profound life experiences Joe was dealing with at the time that distracted him from the task at hand (the deaths of both of his parents and the birth of his first child). History has not been kind to Cut the Crap (generally it's not considered canonical by fans and band members alike), but in many cases the acts on Recutting the Crap have revealed in their versions that there were some seriously decent-to-great songs buried under Rhodes' dreck--Strummer's tunes were solid at the core. The Scotch Bonnets' terrific, stripped-down reggae take on the anti-nuclear war cut "Are You Red...Y" alone is worth the cost of this LP.  Other notable tracks include The Violets' ska-ified "Cool Under Heat," Dom Casual's ska-jazz-punkabilly "Sex Mad Roar," Basnji's "Dirty Punk" is loads more faithful to the Clash's '77 sound than the original (Too Much Joy's version of the cringe-y "We Are The Clash" is a valiant effort in this category, too), and Winterdrinks' "Play to Win" sounds like a deep cut from Sandinista. There are even a few covers of demos for Cut the Crap (which was originally titled Out of Control before Rhodes unilaterally renamed it)--I particularly liked Sussed Out with Sol Roots' raucous cover of "Backwoods Drive." A second volume of Recutting the Crap is slated for 2018, which presumably will include the last good and legit Clash single, "This Is England." (If you're in the NYC area, Rock and Soul has a good number of this limited edition LP in stock.)

Part 2 of our Year in Ska Reviews is up next... 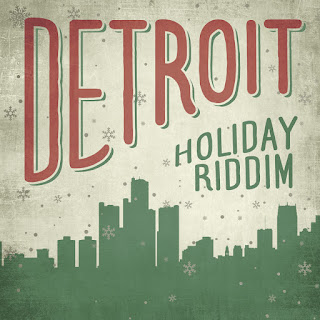 Posted by Steve from Moon at 9:40 PM No comments:

Women of Ska, Reggae, and Soul w/Dubistry and Caz Gardiner

The Slackers (playing the "Red Light" album in its entirety) w/Sammy Kay, Crazy and the Brains, DJ Bugaloo Pete

The Pietasters and more TBA

The Skatalites, The Alchemystics

The Annual 4:20 Reggae Fiesta on the River w/Dub is a Weapon, Crazy Baldhead Dub Apparatus, plus Specials Guests TBA

Rocks Off Concert Cruise - Aboard the Harbor Lights
Boards 23rd Street and the FDR
Manhattan, NY
$29 in advance/$35 day of show
21+

Posted by Steve from Moon at 3:31 PM No comments:

Duff Review: The Georgetown Orbits "Keep Your Chin Up" b/w "Picture on the Wall" Single 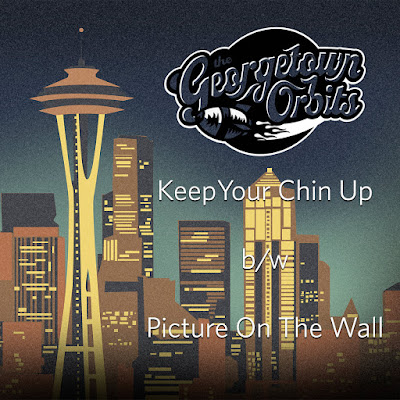 If the slings and arrows of life have worn you down, one quick (safe and legal) way to lift your spirits may be to take a listen to the Georgetown Orbits' wonderful "Keep Your Chin Up," an infectiously upbeat soulful trad ska track (think Stubborn All-stars) bursting with encouragement and optimism ("Tell me whose burden is the heaviest/Tell me whose life is the easiest/Yes, I know this life seems like a test/And you will pass it/If you give it your best!"). This is paired with a phenomenal cover of Freddy McKay's rocksteady classic "Picture on the Wall" which deftly conveys the heartbreak of the original that also still clings to hope for love ("People said I'm a fool to say goodbye to you/But believe me, your picture's still hanging on the wall/Does it have to be there, still hanging/Hanging on the wall?"). This is one hot single that you don't want to miss.

Posted by Steve from Moon at 9:45 PM No comments: