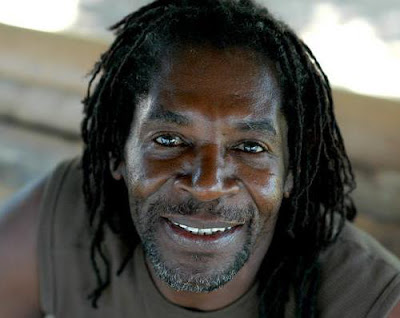 On November 6, 2018, ska and reggae singer and songwriter Floyd Lloyd Seivright passed away unexpectedly in St. Ann's Bay Hospital in Jamaica at age 70.

Third Wave ska fans worldwide know of Floyd Lloyd through his work with the Potato 5 on their classic 1987 debut album, Floyd Lloyd and the Potato 5 Meet Laurel Aitken (Gaz's Rockin' Records); read our review of it here. In addition to singing on side A of the album, Seivright co-wrote two of its fantastic tracks: "Tear Up" and "Big City" (one of my absolute favorite Potato 5 songs). He also appeared with the Potato 5 on Gaz's Ska Stars of the 80s compilation and with his own band on Unicorn's Double Barrel Ska Explosion live album, which was recorded at the second International London Ska Festival in 1989.

From the early 1970s through the mid-2000s, Lloyd wrote tracks performed by The Mighty Diamonds and Ernest Ranglin, in addition to the ten or so albums of his own songs that he recorded and released on his own Tropic label. Lloyd also founded Tropic Entertainment, Ltd., a music publishing business that represents over 500 titles, including songs composed by Justin Hinds, Lennie Hibbert, Ernest Ranglin, and Kareem Baaqi.

Back in my Moon Records days in the 1990s, I had the great pleasure of meeting the soft-spoken, but intensely focused Seivright in his Greenwich Village apartment in Manhattan to discuss the possibility of Moon doing some sort of deal to carry or license some of his ska albums. If I remember correctly, we ended up carrying several of his titles (including Tear It Up: The Ska Album and Better to Laugh) in our store and catalogue.

We extend our sincerest condolences to Floyd Lloyd Seivright's family, friends, and fans.

Love you uncle Trevor. Miss you