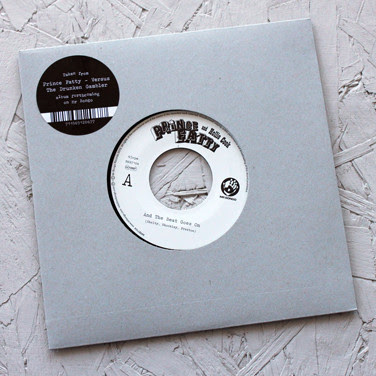 Without fail, on the (sadly) somewhat rare occasions when I'm lucky enough to spin some wax at ska shows between sets, whenever I play a Hollie Cook track, at least half a dozen people approach me at the decks or afterwards to ask the name of the artist (and I'm more than happy to oblige--I was one of those kids growing up listening to the radio that always paid attention when the DJ listed the names of the songs/artists he or she had just played, because I had to know which records to track down!).

At the Bigger Thomas show at Cin-M-Art in Tribeca earlier this month, it was the haunting "Sugar Water (Look at My Face)--which you can listen to below--that was converting new HC fans in droves. (Read The Duff Guide to Ska's review of Hollie Cook's stunningly good debut album, which features "Sugar Water," here.)