Duff Review: Boy George "This Is What I Do" 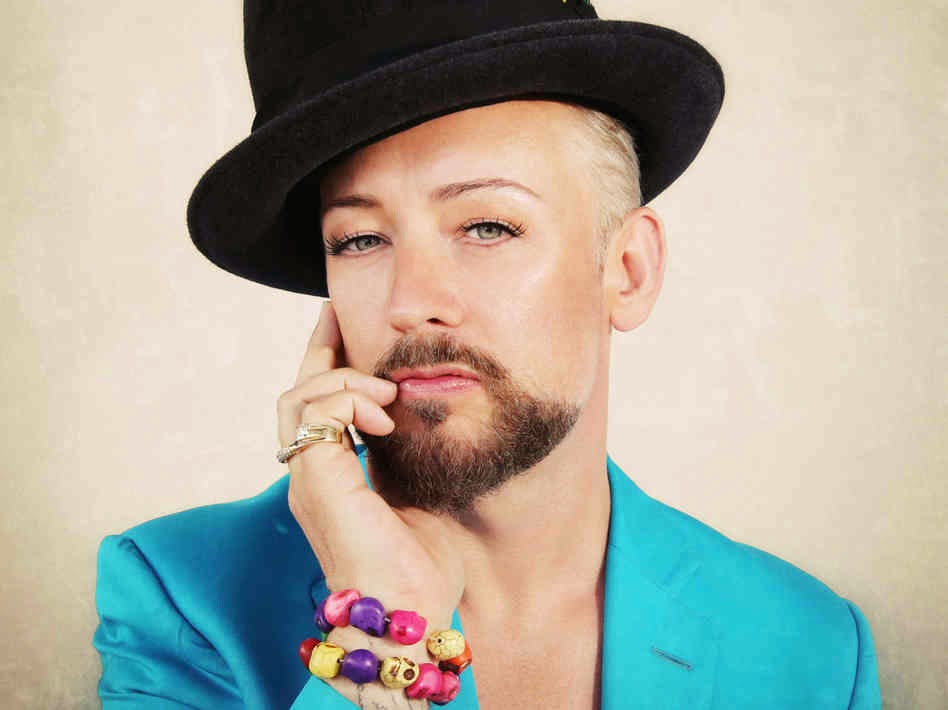 You may be curious as to why The Duff Guide to Ska is reviewing New Wave/80s pop star Boy George's latest album, This is What I Do. Well, last fall, Marc Wasserman (of the Marco on the Bass blog, Bigger Thomas, Rude Boy George) told me that Boy George's forthcoming record contained a fair amount of reggae and so we previewed a couple of tracks earlier this winter while driving to a Rude Boy George gig in New Jersey. What I heard sounded really good, so I recently picked up the album--not that I needed much convincing, as I'd been a teenage fan of Culture Club (you have to admit that "Do You Really Want to Hurt Me" and "Time (Clock of My Heart)" are two pretty incredible reggae-influenced pop gems!). I also had been fascinated by how some of the girls in my high school-era circle of friends and acquaintances went bongo over Boy George's androgynous look, which was incredibly outrageous and provocative for the very conservative Reagan/Thatcher 1980s. And I should note that the band I'm in, Rude Boy George, which does ska and reggae versions of New Wave and post-punk classics, is partially named in his honor (he reflects the New Wave aspect of our band, while the rude boy reference and significance is, well, obvious!).

Stylistically, This Is What I Do, is all over the place, reflecting Boy George's omnivorous love of music in all it's permutations, including pop, soul, dance, and even some country--and most of them are terrific tracks. But what is most unexpected and thrilling is how he shifts from one of his lush pop songs like "My God" (about a real episode in a bar when an evangelical Christian gave him some sort of religious pamphlet, presuming his soul needed "saving" by a right-wing version of God) to a full-on, 70s roots reggae track like "Live Your Life" or the dancehall-sh "My Star" (contrast this with a recent interview with The Quietus, where Boy George freely admits that some of Cultural Club's 80s tracks were cod reggae!). You can almost imagine the cheeky gleam in Boy George's eye, as he shows off his (and his band's) considerable versatility in both songwriting and performance (no doubt, the reggae cuts benefit from the prodigious production talents of Killing Joke's Youth and ace reggae drummer Richie Stevens, who's worked with Linton Kwesi Johnson, Horace Andy, Dennis Bovell, and I Roy). But given Boy George's pop past (and presumed target audience in 2014), you just don't expect that five of the tracks on the album would be legitimate roots reggae or dancehall (in addition to being great songs). So, that's why I'm taking stock of them here.

Like a good portion of this comeback album (from drink, drugs, and depression), the sweetly sad plea for tolerance "Live Your Life" is an autobiographical tune ("Everybody said the boy was strange/They raised him in whispers/Oh, how they prayed/the demons would go away/His daddy was cruel/he tried to make him tough/Always afraid to give him too much love/Too much love...Running, running, running/What a waste of time/No one you can be, but your good self/Bigotry and hatred/and too much lies)." It's sad and frustrating to say that this message is still sorely relevant, as I came across some nasty homophobic crap about this album and Boy George when doing a bit of research online. The strutting dancehall/dubby cut "My Star" (with rap by Unknown MC) is about longing for that idealized, perfect--and, ultimately, unattainable--"dream" lover ("My star, shining sweet, slightly out of reach/In a gangster's teeth, yeah, yeah/On the hand of a bride, getting ready to take that ride/Feel the storms stir up inside...No one will complete you, this is true/So, I won't ever try to change you/If I can't love you the way your are/Then, I'd better walk alway, my star"). There's a strange satisfaction in the act of wanting, but never being able actually to possess something/someone (Morrissey, of course, can sing you several dozen songs in this vein!).

The mournful "Love and Danger" depicts a love triangle between what one would presume to be Boy George, a bi-sexual man, and his girlfriend/wife ("If you're loving us two, who's the lonely one?"), a situation that the singer knows is wrong and potentially explosive ("Love and danger/I know I've lost my soul"), but one that he can't resist. The refreshingly upbeat and winkingly knowing (gotta love the double-ententre here!) reggay sing-along "Nice and Slow" is written from the perspective of someone who's been repeatedly burned by impulsively entering into ill-considered romantic relationships. So, Boy George's bit of wisdom from life experience to impart is, "See, I learnt the hard way love is mundane/Love is just nice and slow." Though the fantastic, loping, and incredibly sensual "Play Me" (with Dennis Bovell, amongst other singers/toasters on some of the vocals and scratching reminiscent of RiceRokit!) is really just about offering up one's self for sex--even if it's couched in a former chart-topper's plea (dig out and spin my hit records!): "Baby, come on and play me/Like an old familiar song/Melts into your heart/Makes you sing along/On the radio night and day/Like the music never went away..."

Ultimately, your love and appreciation of this album may depend on your past relationship with Boy George and Culture Club. For those of us who grew up with him and his music--and who also love ska and reggae--it's a pretty stunning return to the spotlight that doesn't (outright) rely on nostalgia, but showcases his considerable talents as a performer and songwriter moving forward with his sound and vision (and it's always welcome to see your fallen musical heroes claw back from the edge of the abyss and turn in a new album as good as this one!). For ska and reggae newcomers, it might be best just to approach This Is What I Do with an open mind (in all meanings of that expression), without looking up Boy George's previous work on YouTube or Spotify. Let the music speak for itself. Boy George wouldn't want it any other way.

Check out several of Boy George's reggae cuts off This Is What I Do below...