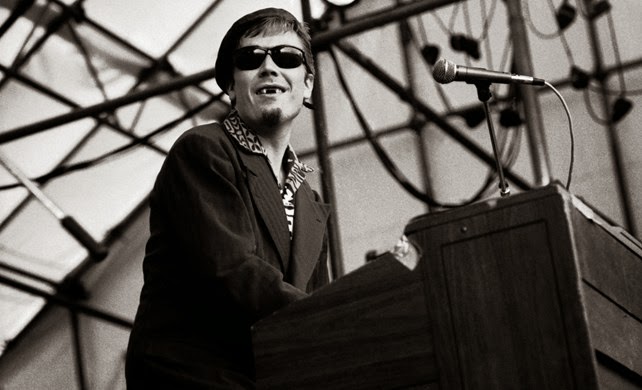 The Coventry Telegraph and other media outlets in the UK are reporting that Jerry Dammers has been awarded the Ivor Novello Inspiration Award in recognition of his incredible protest song "Free Nelson Mandela," which was recorded and released by The Special AKA in 1984. This award comes just weeks after Dammers received the Order of the Companions of OR Tambo by the South African government "for outstanding work benefiting the country"--for his anti-aparthied activism with the UK branch of Artists Against Apartheid and for penning what became a joyous ANC anthem of protest and then celebration upon Nelson Mandela's release from jail in 1990.

According to the Coventry Telegraph, "The annual awards, known as The Ivors, are presented by the British Academy of Songwriters, Composers and Authors and are highly prized because they are voted for by songwriters and composers."

Former Clash/BAD guitarist/songwriter/singer Mick Jones presented Dammers will his award and dubbed him the "Tsar of Ska."
Posted by Steve from Moon at 9:32 PM

interesting piece of information, and is suggestible to be shared to every one, i have read atleast eight posts of yours by now, and let me tell you, your blog gives the best and the most interesting information. This is just the kind of information that i had been looking for, i'm already your rss reader now and i would regularly watch out for the new posts, once again hats off to you! Thanks a million once again, Regards, cabs in hyderabad