The Duff Guide to Ska Fast Takes: Notable New Releases from The Abruptors, Natalie Wouldn't, and The Downsetters! 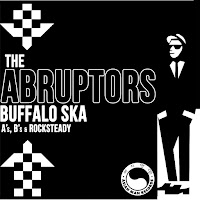 The Abruptors Buffalo Ska (hot pink vinyl 7" single, Asian Man Records, 2016): Nope, it's not (spaghetti) Western Reggae (like Bad Manners' track of the same name), but three tracks of good old traditional style ska from this Buffalo, NY act (with an assist from Western Standard Time's fine horn section), including a cover of Justin Hinds and the Dominoes' durable classic "Save A Bread." The single is sold out at Asian Man, but the band still has copies to sell at gigs (and you can, of course, buy the digital download). 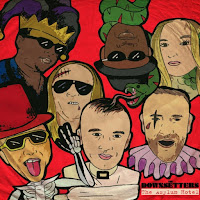 The Downsetters The Asylum Hotel (CD, Liquidizer Records, 2016): This is a loosely structured concept album of sorts, where you enter The Downsetters' wonderfully twisted world of amped-up, knees-up modern ska (similar to what was produced in in the UK and Europe in the wake of 2 Tone in the late 80s/early 90s, prior to the rise of ska-punk), though it's not entirely clear if you're being offered refuge from the cruelties of daily life or have found yourself in the psychiatric ward. What is certain is that there are some really terrific tunes on this album, including "Mango Rock" (which contains a Rod Serling "Twilight Zone" intro), "Are You Reggae?" (with its nod to Don Drummond's "Man in the Street"), the struggle to get through the working week of "Who? What? Why?," the fact that oppression is oppression, no matter what the setting in "Another Day in Paradise" (and its instrumental version of sorts, "Skafusion"), the inspirational/carpe diem message of "No Burn No Shine," and a warning about backstabbers in "Fakes n Snakes." Based on what's captured here, I suspect The Downsetters must be top-notch live! 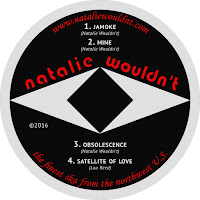 Natalie Wouldn't Natalie Wouldn't (four-track, digital EP, 2016): Seattle's Natalie Wouldn't (made up of former members of the very much missed Easy Big Fella, The Crawdaddies, The Diablotones, and The Georgetown Orbits), which toured the UK this past June opening up for The Meow Meows (including a gig at Gaz's Rockin' Blues!), just released a fantastic, self-titled four-track digital EP (three stunning ska/rocksteady/soul originals--like the tongue-in-cheek ode to selfishness "Mine" and the lament of growing older and less cooler in "Obsolescence": "No place to hide/as the world passes by me"--and a sweet, inventive take on Lou Reed's "Satellite of Love"). If you liked EBF's high-quality, quirky, and fun (sometimes even melancholy) take on ska back in the day, you'll be sure to love this EP! This one deserves a proper, physical release on vinyl...