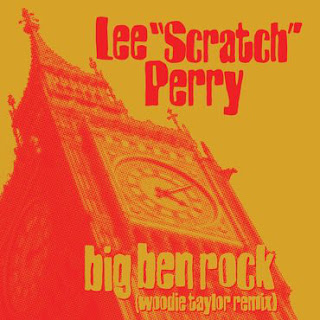 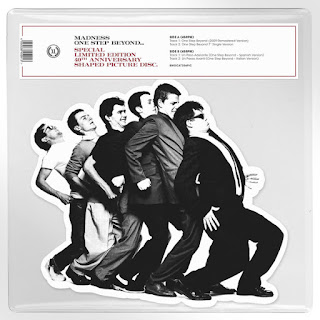 Of course, the unexpected is what one should always expect from Lee "Scratch" Perry and his new 2019 Record Store Day single "Big Ben Rock (Woodie Taylor Remix)" (Translucent green 7" picture sleeve single, Where It's At Is Where You Are, 2019) proves that truism for the billionth time. Drummer-producer-reggae fan Woodie Taylor (Daleks, Meteors, Morrissey) had been invited by Mad Professor to play on a Lee Perry track he was recording at his Ariwa studio and when it became apparent that it wouldn't be completed, Taylor asked if he could have a go at it and this is the pretty spectacular result. Taylor enlisted guitarist/saxophonist Boz Boorer (Polecats, Morrissey), bassist Jonny Bridgwood (Marianne Faithful, Morrissey), and keyboardist Anthony Miller (Data, Friday Club--yes, the soul/jazz band that released one Jerry Dammers-produced single for 2 Tone) to create a phenomenally hard-driving, drag racing, proto-punk, rockabilly, spaghetti Western mash up with Perry exhorting the listener to "Rock, rock/Like a Big Ben clock," amongst other things. Actual Big Ben sounds included. The b side contains the electro-percussive-dub instrumental "Steady" and a deliciously raw cover of Jacques Dutronc's 1967 garage rock single "J'ai Tout Lu" ("I read everything/Saw everything/Drank everything"). This single is hard to find, but completely worth the effort (I ordered mine from a record shop in Italy). 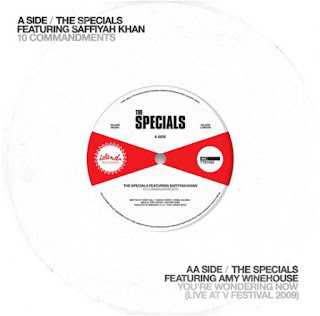 Somehow, I was able to track down a list price copy of Madness' "One Step Beyond" shaped picture disc (Union Square Music/BMG, 2019) and avoid the outrageous second hand market, where copies of this were selling at two to three times its original price (only 1,500 copies were released worldwide for Record Store Day). Of course, I have this track in multiple formats already, but this really is a pretty cool 40th anniversary collector's item. It features the iconic photo of Madness doing their Nutty Train from the cover of their 1979 debut album--and there are four versions of this classic Prince Buster song: the 2009 remastered version, the 7" single cut, a version in Spanish, and another in Italian. Also, it's listed as a 7" single--but it's more the size of a 10" record. It goes without saying that the song sounds just as amazing today as it did when it was released all of those years ago.

Given the very pointed socio-political messages in their new album Encore (read The Duff Guide to Ska review of it), it's hard not to read into the choice of tracks for The Specials' powerful RSD single, "10 Commandments" featuring Saffiyah Khan b/w "You're Wondering Now" with Amy Winehouse, recorded live at the V Festival in 2009 (7" vinyl single, Island/Universal Music Group, 2019). Pairing Khan's fiercely feminist response to Prince Buster's wildly misogynistic original and the warning that retribution/punishment for your sins/offenses is forthcoming on the flip side ("You're wondering how you will pay/For the way you did behave") casts this single as a strong #MeToo movement statement. (It's fantastic how a song's meaning can shift/be open to multiple interpretations; for years, I've thought that the version of this cover on The Specials' debut was directed at British racists/fascists for their despicable abuse of and assaults on black Britons and immigrants from England's former colonies: "Knock, knock, knock/You can't come in.") Bootleg vinyl releases of The Specials/Amy Winehouse cut (and other Specials and Special AKA songs she's covered live) have been circulating for the past decade, so it's about time this received a proper release.