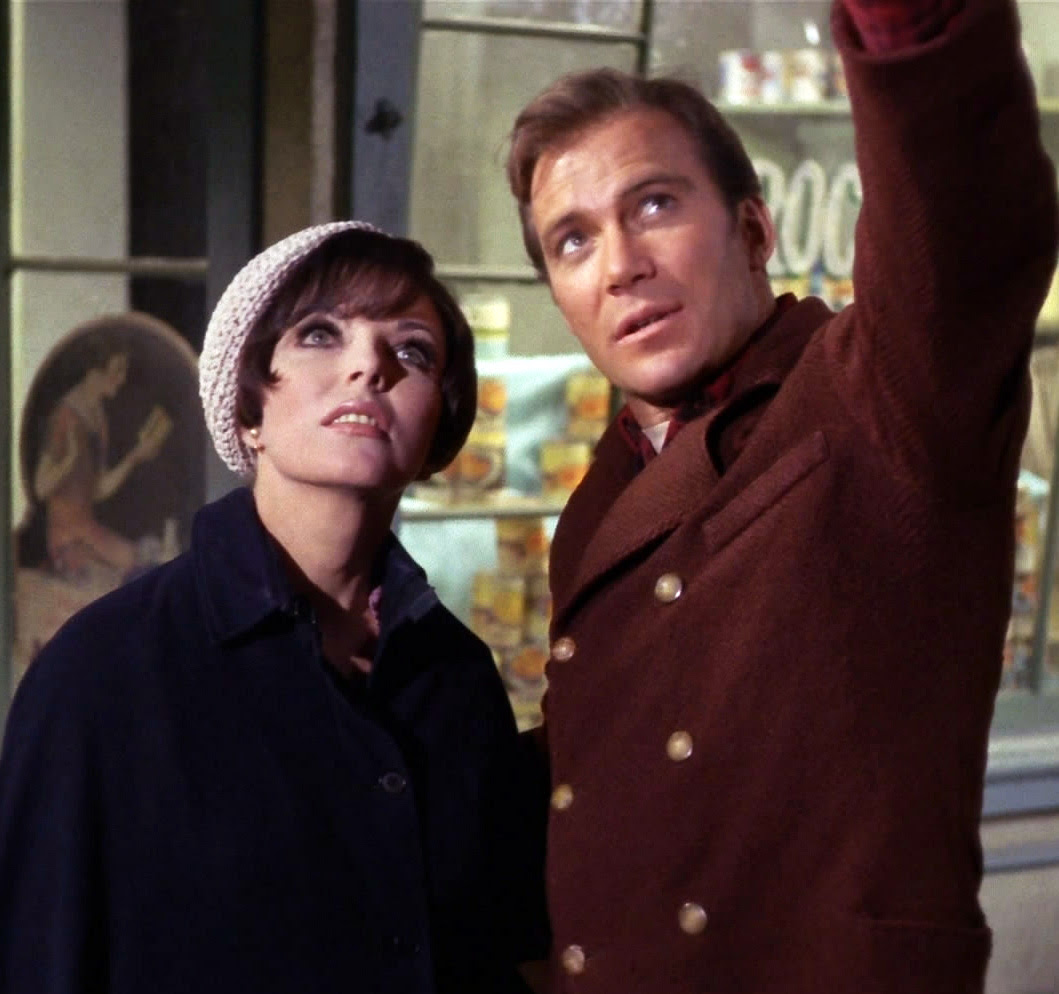 While I was listening to Pandora on my computer the other day at work, The Scofflaws' "William Shatner" came on--a song that I'd almost completely forgotten about. If you're familiar with it, you know that it's a mega-campy tune, but all of the choice references in the lyrics make it clear that it was written by someone (Buford O'Sullivan) with more than a passing acquaintance with--and genuine affection for--the original Star Trek series from the 1960s:

Really just an actor, and a genius to boot
He never gets fire when the enemy shoots
So he ends each show looking neat and clean
After staring down the mouth of the Doomsday Machine [refers to "The Doomsday Machine," duh]

I am Kirok! [refers to "The Paradise Syndrome"]

And you gotta love how his trombone solo (from the track on the album) starts out sounding like the "red alert" alarm!

The video clip below is from a Scofflaws' show from 1997 at Wetlands; you can catch part of "William Shatner" at around the 7:34 mark...

Several months after The Scofflaws' Ska in Hi-Fi was released in 1995, I heard a rumor that someone in the band had actually run into the Shat in an airport, told him about the song, and later sent him a copy of the CD, which he supposedly liked. I never confirmed it with anyone in the band at the time--probably because it was too good of a tale to debunk.

And many people have also noted that, in his prime, Bucket of The Toasters reminded them of Shatner (and while we are on the topic of ska musicians who look like superstars, Mike Drance of The Bluebeats looks a lot like a 70s era John Lennon). 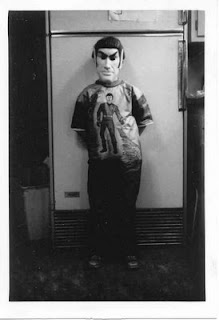 Like Buford, I have to admit that I'm a big fan of the original 1960s Star Trek series (though not a dress-up in a costume and attend conventions kind of way). My mom half-jokingly blames my dad for all this--I was a baby when Star Trek first aired and she claims that my dad would always prop me up on his lap to watch it. (It must have been surreal to watch this idealized version of the future in the late 60s, as the Vietnam War and the struggle for Civil Rights were dividing Americans and literally tearing American society apart; check out Rick Pearlstein's extraordinary Nixonland to see just how bad things were--racism and violence and injustice much worse than I have ever imagined, with Nixon at the center, manipulating Americans' hatred and fear for his own political ends).

Then, when I was a kid during the 70s, the show was in endless syndication on Channel 11 in New York, but what made it a smash sensation with all my friends when I was in third and fourth grades was when the animated version of Star Trek was shown on Saturday mornings (on CBS?). We actually played Star Trek during recess in the schoolyard (I was Scotty). I bought and built several AMT plastic model kits of the phasers, communicators, and tricorders, and remember using them as we ran around at one of my birthday parties. (The photo above is of me as Spock for Halloween, probably in 1972.)

In high school, on Saturday nights a PBS affiliate in Scranton, PA that our cable system carried would run three commercial-free Star Trek episodes back-to-back from midnight to 3:00 am. If we had nothing better to do, which was more often than not, my friends and I would hang out and watch them, trying to be the first to guess the title of the episode from the scene before the opening credits. Things were...uh...kind of slow in Yonkers.

About a year ago, I discovered that Paramount had re-mastered the original tapes of the show and replaced the primitive 1960s special effects shots of the Enterprise in space with computer-generated images (the results are pretty amazing, and make the series a lot more palatable to contemporary viewers used to state-of-the-art digital effects). So, I've been taping the episodes (on Channel 11 from 1:00 am to 2:00 am on Sundays) and watching them when I have trouble sleeping at night...

Speaking of internet radio, Pandora and other similar sites recently came to an agreement with SoundExchange (the nonprofit organization that collects and distributes digital royalties on behalf of artists and labels) regarding paying royalty rates for streaming songs (check out the New York Times article, as well as this piece in Ars Technica).

This is especially good news for lesser-known acts and indie labels, as they are now better positioned to earn some income from people simply listening to their music on the web (even if they're not actually intending ever to buy their CD or digital track).
Posted by Steve from Moon at 11:37 PM

Email ThisBlogThis!Share to TwitterShare to FacebookShare to Pinterest
Labels: Bucket, Buford O'Sullivan, Duff Thoughts, The Bluebeats, The Scofflaws, The Toasters

Yeah. Liked it a lot and how they messed with the timeline so they could create new story lines without messing up (or having to adhere to) what took place in the original series..

Was all of this TMI?

No worries, Steve. Saw the movie. I liked it as well. The film makers pretty much designed it so the trekkers couldn't criticize the movie for making errors in the continuity or to make it apparent how this time line fits in. The acting was awesome especially Karl Urban as Bones! Also loved the revelation of how Bones got his nickname. Good to see that the Beastie Boys music makes it into the 23rd century. lol.

BTW, have you ever checked out William Shatner's album that he released in 2004, "Has Been."
It's an excellent album and is definitely one of 2004's best albums. The production is really good. He does songs with Henry Rollins, Aimee, Mann, Ben Folds, and even Joe Jackson. The track he does with Joe Jackson is an excellent cover of Pulp's Common People. Shatner's lyrics are also well written, very cynical and personal. Definitely pick up the album if you haven't. You'd dig it.

Check out Bucket giving the Vulcan salute in the photo accompanying the "Hard Band for Dead" post! I had forgotten that he'd done that...

The new Bones is really spot on. Great casting choice--and I don't have any complaints about the others, either. Gonna watch this movie over and over when it comes out on DVD...

And thanks for tip on the Shatner album. I remember it receiving good reviews when it was released, but I never got around to picking it up. Now I will. Thanks!