Duff Review: King Hammond The King and I 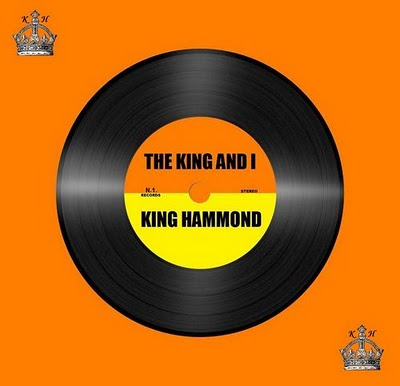 After keeping him on ice for a couple of decades, Nick Welsh (Bad Manners, The Selecter, Skaville UK) has resurrected King Hammond, his late 1980s boss skinhead reggae alter-ego (influenced by--and a heartfelt tribute to--greats like Dave & Ansel Collins, Lee Perry & The Upsetters, Laurel Aitken, Harry J's Allstars, and Jackie Mittoo amongst many others) with a sensational new album: The King and I. Why bring the King back after all this time? There is the very welcome resurgence of skinhead reggae (think of acts currently on the scene like The Caroloregians, The Hard Times, and The Aggrolites). But Nick isn't necessarily capitalizing on this subcultural trend, rather he decided to revisit his King Hammond persona after writing and recording a new track as a unique 40th birthday present for a friend who was an enormous King Hammond fan back in the day. Nick found the whole experience so pleasurable and inspiring that he cut an album's worth of new KH tracks to share with us--a gift that truly keeps on giving to any fan of ska and reggae.

If you are old enough to have been young enough to pick up Revolution '70 (LP, Blue Beat, 1989) and Blow Your Mind (CD, Receiver Records, 1992--which included the Revolution '70 album) when they were first released, you'll be familiar with, and crazy about, the slightly naughty ("Pussy Got Nine Lives"), definitely campy ("The Satanic Rites of King Hammond"), and oftentimes brilliant ("Stay With Me Baby," "Skinhead Revolution," "Dracula A.D.'72," "Soul Up") skinhead reggae of King Hammond, produced at a time when most acts in the UK were pretty much either disciples of The Specials or The Skatalites. While the majority of tracks on The King and I seamlessly pick up where Blow Your Mind left off (see the terrific instrumental "Reggae Movement No. 1"), Nick has expanded King Hammond's repertoire a bit, at times venturing into big band, swing, and (on one track, "Floorshaker") electronic/techo ska (shades of acid ska) territory without betraying his fans' expectations or diminishing the awesome core of his sound.

The King and I abounds in great, catchy, memorable tracks--every song deserves a mention! The album begins with a wickedly cutting assault on ex-British Prime Minister Gordon Brown in particular, but also politicians in general (note the Clinton cigar reference), on "Mr. Easy Talk." The almost bombastic big band/ska sound perfectly mirrors the oily proclamations being spewed forth by PM Brown as voiced by Mr. Welsh: "Just accept my words are true/there's nothing else that you can do/It's the politics of deja vu/I'm Mr. Easy Talk..." "Cool Down Your Temper" makes a plea for peace, in response to the rise in gun and knife violence in the UK. "The Rudest Girl in Town" is an affectionate tribute to woman who "wears her trilby like a crown," refusing to tone down down her rude roots and signifiers to conform to the straight world of adults: "Yeah I'm telling ya/When I'm calling her/her ringtone's Harry J/Not Jamelia, Anastacia/She don't do Dr. Dre." "Monkey Boots" is a Symarip-like celebration of this stylish, if sometimes impractical footwear (the soles of the Czech-made monkey boots that I used to pick up at 99X in the East Village always left big black scuff marks on wood or linoleum floors--though Dr. Martens now makes a version with soles that don't!). 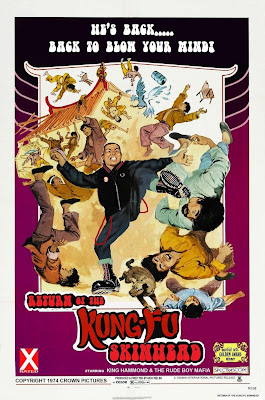 "Blood Run Cold" echoes "Shame and Scandal" in sound and theme, though here the sexual transgression is cheating on a girlfriend or wife ("You've been a friend to me and a lover/I've been bad to you like no other"). You have to love King Hammond's explanation when he's caught with another woman in his bedroom: "You've got it all wrong! She's my social worker!" Perhaps the greatest track on the album is the pulsating, pitch-perfect "The Return of the Kung-Fu Skinhead," which manages to honor Lee "Scratch" Perry and The Upsetters' Kung-Fu Meets the Dragon obsession with 70's martial arts films without crossing over into parody.

The good King Hammond plans to sort fact from fiction in all the gossip flying about by obtaining a lie-detector to see if his girl is telling him the truth in "The Loop" ("The word on the wire, it's all over town/they say you walk a crooked mile"). Music fans world-wide will recognize the truth of "Dave and Ansel," that certain songs--particularly from one's youth--will affect you in profound ways and will travel with you as a source of comfort and inspiration throughout your life ("Back in 1971/just a kid with the radio on/Having fun, threw the dial around/that's when I first heard the Monster Sound--the Monster Sound/I didn't realize it at the time/but Dave and Ansel were friends of mine!"). "The Soho Skank" is a Bad Manners Eat the Beat-era sounding, bass-heavy tune to fill the dance floor. Hitting middle-age doesn't just sometimes injure the vanity of the fairer sex--check out the taunting (and humbling) "You Can't Get Those Sweet Things Anymore." Forty-ish men might have the outlook of a twenty-something in their minds, but "you can't pull the girls like you used to" because "you're old/and you're fat/and your hair ain't growing back." Ah, the ignominy of aging--it's all downhill from here, isn't it, KH?

The King and I is a triumphant return for King Hammond--and one of the best albums of 2010 that deserves a spot in every self-respecting ska fan's collection!

The Duff Guide to Ska Grade: A
Posted by Steve from Moon at 9:15 PM

great review, old enough to be young enough. Funnily enough, I was this close to getting that Kung Fu CD that Trojan came out in 2004 at the store today too (but held off in favor of the slightly scarcer "Age of Insects") - will haveta get one from N1

Thanks, JohnnyV! Tim Wells' ringtone really is Harry J! Great interview--I appreciate you bringing it to my attention. I used to read his bits in "Zoot" back in the late 80s/early 90s. And the Kaiser Chiefs are one of my fav bands. I saw them about a year ago and they were fantastic.