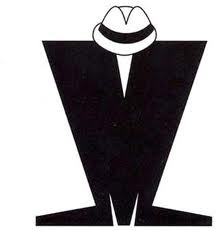 Are there lots of Madness fans roaming about Sin City in the spring? (Really?)

Anyway, the band has confirmed its gig at the House of Blues in Las Vegas, Nevada on April 14, 2012. Here are all of the details:

Madness Central is also offering a contest in conjunction with this show:

Courtesy of the House of Blues Las Vegas we have a pair of tickets to the April 14, 2012, Madness concert in Sin City, Nevada. One lucky winner will walk off with two general admission tickets to the gig!

All you have to do is visit our Facebook page at: http://www.facebook.com/madnesscentral and share the ‘Madness Central’ link we’ve posted on our page. Not only do you get the opportunity to win the tickets, but you also get to spread the good word of Madness to all your friends. Share the link and your name goes in the virtual hat.

Don’t have a Facebook account? Don’t fret: You can still enter by sending your name and email address to admin@madness-central.com.

This competition will remain open to entries until February 20, 2012, giving the winner plenty of time to make arrangements to join us on the Las Vegas Strip and jam to the nuttiest sound around!

Madness are also playing two performances at this year's Coachella Festival, as well as a show at Humphrey's By the Bay in San Diego on April 17, 2012. Two more US West Coast dates are still to be announced.
Posted by Steve from Moon at 12:18 AM

Email ThisBlogThis!Share to TwitterShare to FacebookShare to Pinterest
Labels: Madness

Well, they are playing venues where they will be paid handsomely, which I do understand, but I wish they would balance it out with some gigs for the fans. Having said that, I've heard hints that there may be another visit to other parts of the US later in the year (though don't quote me on that!).

My wife and I just bought tickets, we're flying out from 'from the smoke' a few days before. With any luck we'll catch 'em elsewhere too. If anyone meets us, we're Londoners not Australian, alright? hahaha