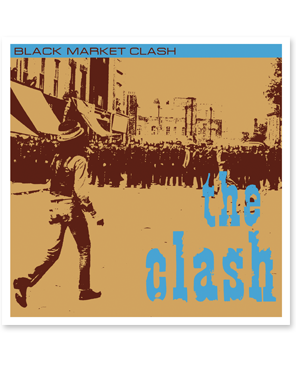 Since most of the ska fans that I know love and revere The Clash (indeed, many people's first forays into ska and reggae were made through The Clash), I thought it was worth mentioning here that Drastic Plastic (a vinyl re-issue label based in Omaha, Nebraska) is re-pressing Black Market Clash on 10" vinyl (limited to 5,000 copies). This is the first time this vital collection of singles and B sides has been pressed in this format since its debut in 1980--and it contains some crucial reggae cuts like their original "Bankrobber/Robber Dub," a cover of Willie William's "Armagideon Time" and its dub versions "Justice Tonight/Kick it Over," and a revved-up ska reading of Toots Hibbert's "Pressure Drop."

Drastic Plastic has also re-issued The Clash (UK version) and Give 'Em Enough Rope on vinyl, as well as The Ramones' first four albums (plus the Rock 'n' Roll High School soundtrack), The Undertones' debut, and The Toasters' 25th Anniversary compilation.

Email ThisBlogThis!Share to TwitterShare to FacebookShare to Pinterest
Labels: The Clash, The Toasters, Toots and the Maytals, Willie Williams