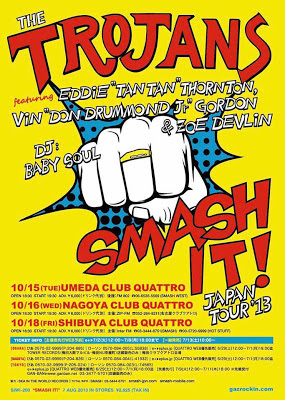 It happens every now and then, but there are days that seem to be custom-made to inject some unadulterated joy into the lives of middle-aged ska fans like myself. I just gleaned from the Marco on the Bass blog that Pauline Black's and Gaps Hendrickson's version of The Selecter will be playing New York City this September (along with Minneapolis, Chicago, Detroit, Toronto, Waterloo, Philly, Boston, and Washington, DC)--and have heard that The Trojans are releasing a new album; that Jump Up will soon have some sweet reissues of some early Toasters material; and that the Specialized 2: Beat Teenage Cancer charity double CD (focusing on The English Beat) is out now.

If you were following the UK ska scene in the late 80s and 90s, you knew that The Trojans--purveyors of what their singer/songwriter Gaz Mayall dubbed Gaelic ska (60s JA ska meets Celtic traditional)--were one of the best and most beloved ska bands on the planet (read some Duff Guide to Ska background on Gaz and The Trojans here and here). It's been 14 terribly long years since The Trojans released their last record (1999's Desiderata), but news comes via Do the Dog Music that the new Trojans album titled Smash It! will be coming out this August on Gaz's Rockin Records in the UK and Ska in the World Records in Japan. The Trojans also will be doing a short Japanese tour in October (if you didn't know, Gaz and The Trojans are big in Japan). 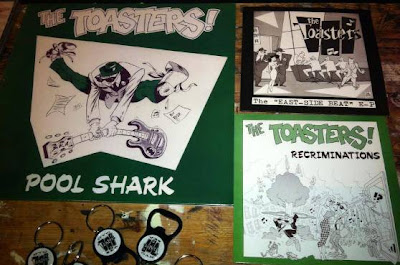 Jump Up Records has just announced that it will be carrying the Black Butcher Classics (Germany) reissue of The Toasters Pool Shark album (originally released on Unicorn Records in 1987), as well as 7" vinyl versions (!) of the East Side Beat (first released on Ska Records in 1987) and Recriminations EPs (which debuted on Moon Records in 1985)--both with picture sleeves. Many of the songs on Pool Shark and the East Side Beat would form The Toasters' debut album, Skaboom, but there are a few cuts here (like my fave "Naked City") that were never released here domestically. If you buy all three releases, Jump Up will include a free Toasters or Moon Ska (RIP) turntable slip mat with your order. Also on deck is a vinyl reissue of The Toasters' underrated New York Fever (which I've written about at length here). 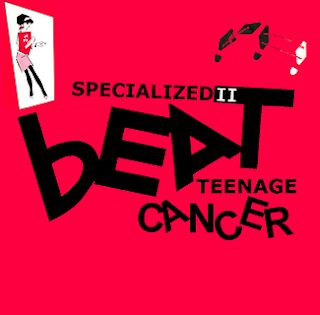 The Specialized charity CD project to benefit the Teenage Cancer Trust in the UK is spearheaded by the great Paul "Willo" Williams (author of "You're Wondering Now: The Specials from Conception to Reunion"). While the first CD in this project celebrated the music of The Specials, this time out its The Beat with Specialized 2: Beat Teenage Cancer. Bands/artists covering The Beat's incredible catalogue of songs include Rhoda Dakar, Nick Welsh, The Values featuring Neol Davies, Bigger Thomas, The Simmertones, Buford O'Sullivan, The Amphetameanies, The Talks, Orange Street, The Rough Kutz, The Pressure Tenants, Dirty Revolution, Swagga, and many more--plus both Dave Wakeling and Ranking Roger contribute material! The double CD can be ordered here and you can check out the Specialized Soundcloud page for sound clips here. This is definitely a charity and a release worthy of your support.
Posted by Steve from Moon at 11:27 PM

Email ThisBlogThis!Share to TwitterShare to FacebookShare to Pinterest
Labels: Gaz Mayall, Jump Up Records, Paul Willo, Specialized, The English Beat, The Selecter, The Specials, The Toasters, The Trojans