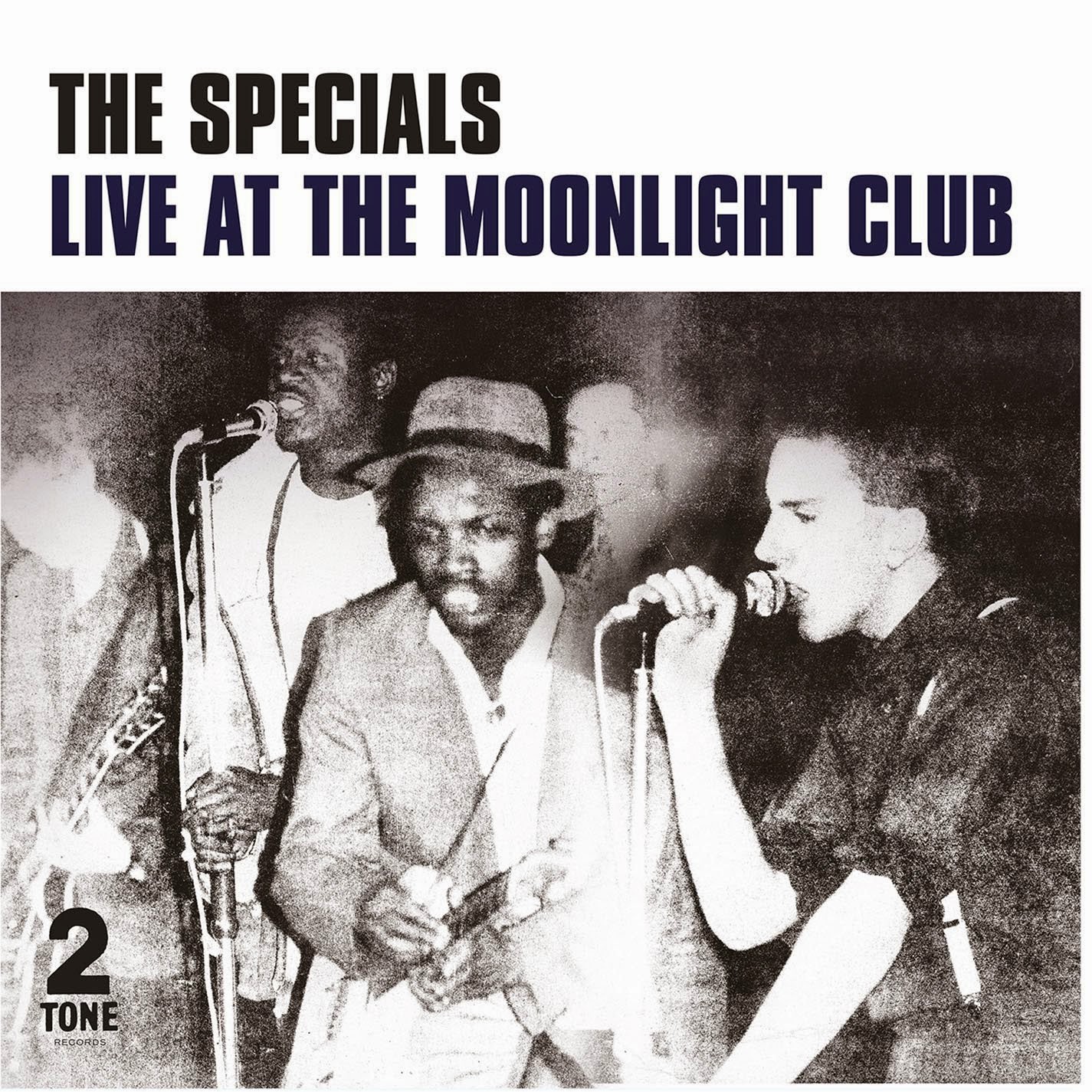 In addition to the recent 180-gram vinyl re-releases of The Specials' debut album and More Specials (though, oddly, no In the Studio), along with the Record Store Day pressing of the newly unearthed "Sock It To Em, J.B. (Dub)" b/w "Rat Race (Dub)" single, Chrysalis continues its re-issuing of Specials-related material with Live at the Moonlight Club (180-gram LP on Warners Music Group sister label Parlophone) and The Best of 2 Tone (CD and double 180-gram LPs on Rhino/Parlophone). Both are scheduled to be released in the USA on July 29, 2014 (and are available for pre-order through Amazon and Rough Trade, etc.).

It should be noted that both of these albums, of course, have been released in the past, but Specials/2 Tone completists certainly will have to have them. I've never picked up the Live at the Moonlight Club album (recorded in May of 1979, several months before The Specials' debut album was released in November 1979, and available as a bootleg for years; Chrysalis finally released it in 1992) and when The Best of 2 Tone was originally issued back in 1993, I didn't bother to pick it up as The 2 Tone Collection: A Checkered Past (an abridged US version of The Compact 2 Tone Story) came out the same year with the same songs and more. Original copies of The Best of 2 Tone LPs are hard to come by and pricey, since this comp was released at time when demand for vinyl was almost non-existant.

Some publicist (probably one at Chrysalis) sent me the promo poster for The Best of 2 Tone, which I still have in a cardboard tube in my closet (though it hung on my wall when the Moon promo office was run out of my apartment), and I, um, borrowed The Best of 2 Tone cover for the 1998 Moon Records promo-only CD I put together, This Are Moon Ska 3 (a fantastic compilation, if I don't say so myself--wish I still had a copy of it!).

The Specials (minus Jerry Dammers and Neville Staple) are touring the UK and parts of Europe in November, as well as doing the odd festival date this summer, like the Isle of Wight Festival, which took place last week.