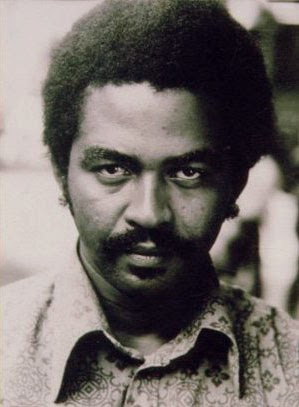 The great reggae singer John Holt, who first rose to fame with The Paragons, passed away in London on October 19, 2014 at age 67. The cause of death has not yet been released. Read Holt's obituary in The Guardian, Rolling Stone, and the BBC News.

We extend our deepest condolences to his family and friends.

Like many people, I first heard Holt's music via Blondie's cover of "The Tide Is High" (which was featured on their Autoamerican album, released in 1980--and was a number one single on the Billboard Hot 100, selling over 1 million copies in the USA). After I discovered ska via 2 Tone in the early 80s and began to learn more about the Jamaican originators, I discovered The Paragons and came across some of Holt's solo work on various rocksteady and reggae compilations (I think the first solo Holt song I heard was his amazing cover of the somewhat cheesy "Mr. Bojangles" on the bizarrely sequenced The Trojan Story!). But my two favorite Holt songs--which are possibly some of the greatest rocksteady/reggae cuts ever written and recorded--are "Ali Baba" (from 1969 and produced by Duke Reid) and "Strange Things" (from 1971 and produced by Phil Pratt), both of which sound completely otherworldly--and are out of this world. The man and his wonderfully smooth, rich, and expressive tenor voice will be sorely missed.