Here's a shameless plug for the band I'm in, Rude Boy George...

If you're in the NYC area (or beyond--I know someone from Brazil whose planning to catch our show), please come out for the Rude Boy George record release party this Friday night (12/5/14) at Otto's Shrunken Head (14th Street, between Avenues A and B in Manhattan)! We do some pretty cool 2 Tone ska and rootsy-reggae versions of new wave and post-punk classics.

This is a FREE show with three of the best ska bands in NYC!

Here are the set times:

If you haven't seen them recently, The Scofflaws have a new album's worth of awesome new tunes in regular rotation, as well as their hits from the 1990s ("Paul Getty," etc.). And Beat Brigade will be performing many songs off Kings (read The Duff Guide to Ska review here)--their incredible long-awaited debut album that was issued last summer. 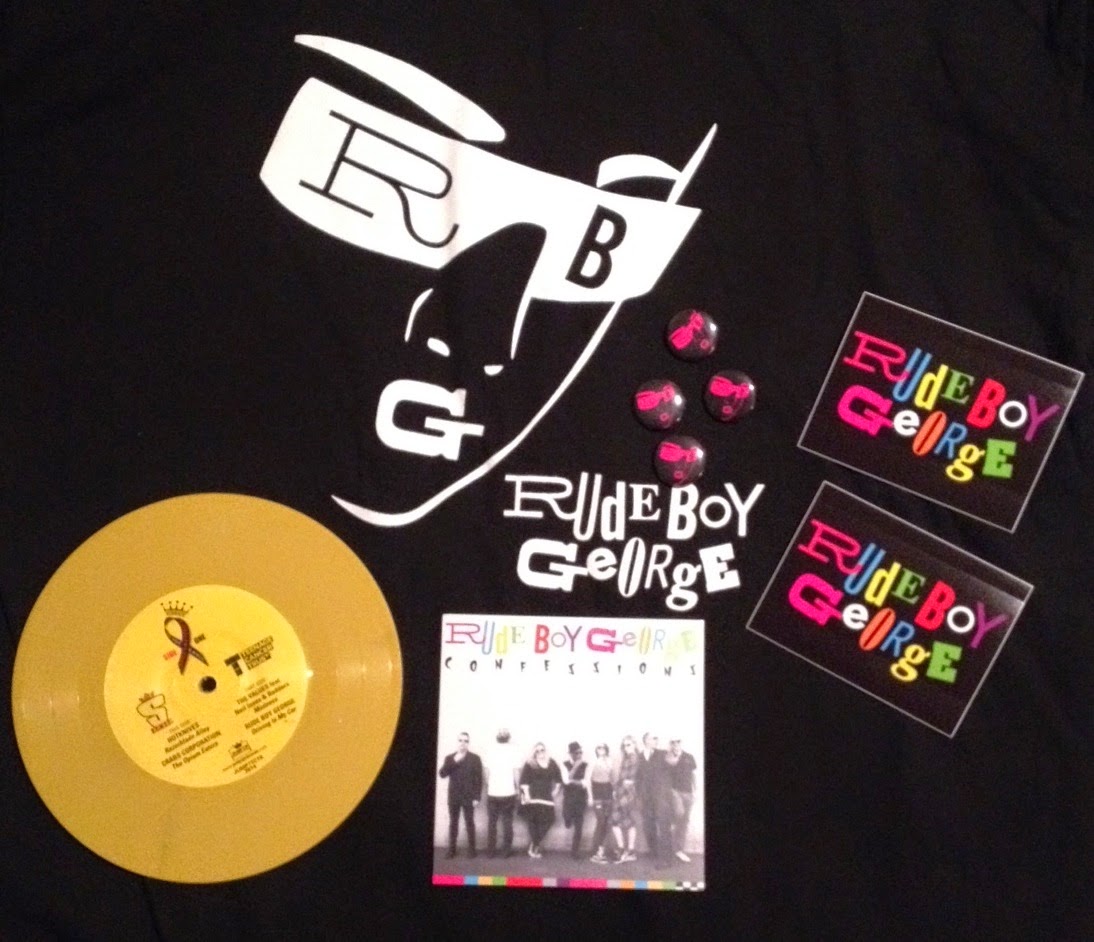 As I mentioned, this is a record release party for Rude Boy George's debut album, Confessions (which can be pre-ordered here and features songs by Berlin, Naked Eyes, INXS, Human League, The Romantics, Billy Idol, Madness, Squeeze, and Eurythmics).

At Otto's, we'll have digital download card/stickers for sale at the gig, as well as our new t-shirt, stickers, buttons, and a limited-edition yellow vinyl single on Jump Up Records from the Specialized 3: Mad Not Cancer benefit CD (supporting the Teenage Cancer Trust in the UK) that features our cover of Madness' "Driving in My Car."

Below, please find a video of Rude Boy George in action, playing our version of the Talking Head's "Psycho Killer" from the last time we were at Otto's in April.

We hope to see your face in the crowd Friday night!