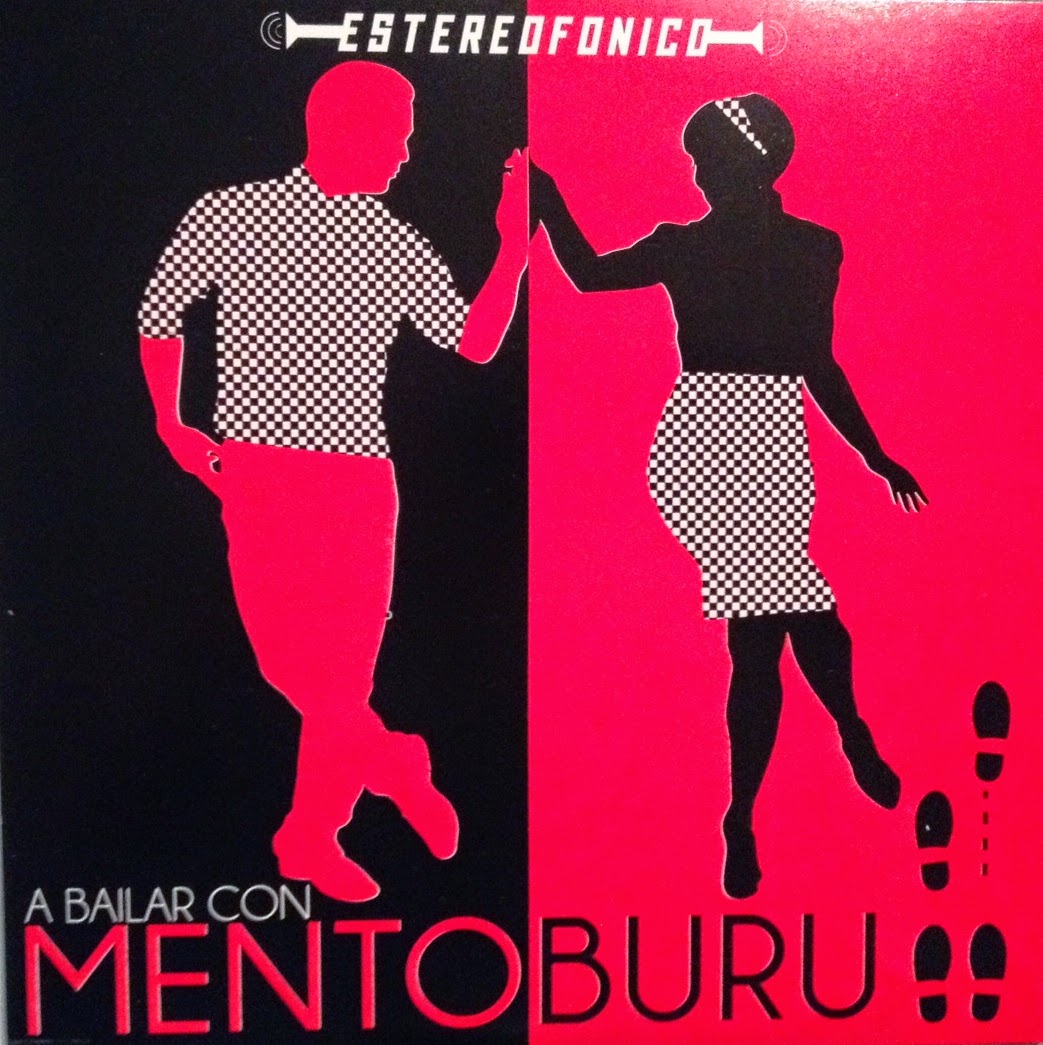 If I hadn't spotted and ordered it from Ernie B's Reggae very recently, I would have completely missed the fantastic, relatively new-ish single from Bakersfield, CA's Mento Buru, A Bailar con Mento Buru. (In the interests of full disclosure, I worked a bit with the band back in the 1990s when I was at Moon Records and had a hand in the release and promotion of Mento Buru's excellent 1997 debut album No Dancing Please--which is packed with crisp, vintage ska sounds combined with elements of Latin, jazz, and reggae music.)

A Bailar con Mento Buru (translation: A Dance with Mento Buru) features two nicely re-worked covers of classic tracks from different cultures and times: Mexican composer/singer Alvaro Carillo's 1959 bolero smash hit "Sabor a mi" (which has been covered dozens of times by such artists as Eydie Gorme and Trio Los Panchos,  EXO-K, and Los Lobos) and Dandy Livingstone's beloved 1967 rocksteady tune "Rudy, Un Mensaje Para Vos" ("A Message to You, Rudy," which, of course, was revived by The Specials in 1979 for the 2 Tone era and beyond).

I have to cop to being completely unfamiliar with Carillo's "Sabor a mi" ("A Taste of Me"), but after checking out several versions of it by a host of different artists, I completely get why this is a perennial favorite--it's a fantastic, evocative, and bittersweet pop love song. Mento Buru's version winning and sublime (see the video of them performing this song live below). On the flip side, "Rudy, Un Mensaje Para Vos" becomes something of a rocksteady/cumbia hybrid, sung with all-out glee in both Spanish and English (it's less of a warning to mend one's ways and more of an anthemic celebration of rude boy/girl culture), and Mento Buru do this song proud.